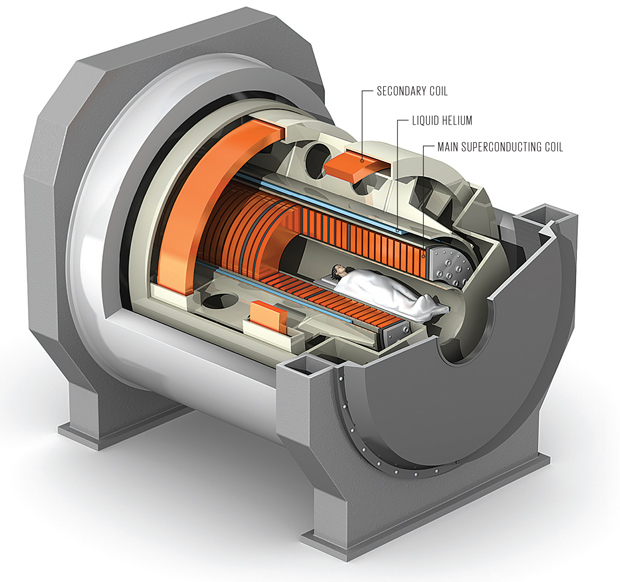 An MRI scanner equipped with a superconducting magnet strong enough to lift a 60-metric-ton battle tank will offer unprecedented images of the human brain when it comes on line a little more than a year from now, say its builders.

The imager’s superconducting electromagnet is designed to produce a field of 11.75 teslas, making it the world’s most powerful whole-body scanner. Most standard hospital MRIs produce 1.5 or 3 T. A few institutions, including the University of Illinois at Chicago and Maastricht University, in the Netherlands, have recently installed human scanners that can reach 9.4 T. Superconducting magnets used in the Large Hadron Collider, which last year was used in the discovery of the Higgs boson, produce a field of 8.4 T. [Read More]