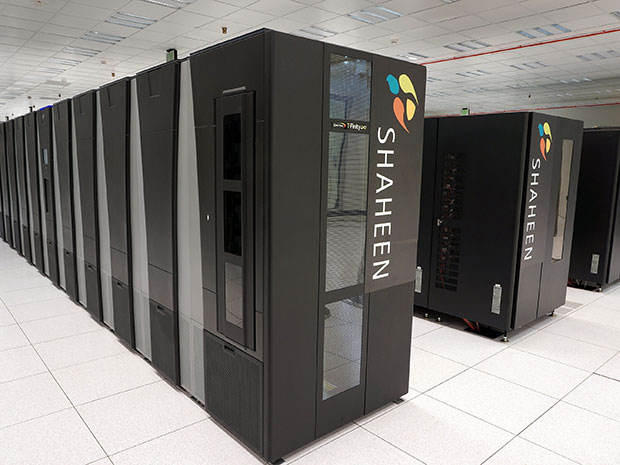 For the first time, a system in the Middle East earned a Top 10 spot on the Top500.org list of most powerful supercomputers. Shaheen II, located at King Abdullah University of Science and Technology (KAUST), in Saudi Arabia, placed 7th in the the semi-annual competition, the results of which were announced earlier today. Shaheen II is a Cray XC40 system that cranked out 5.536 petaflops per second on the Linpack benchmark.

Shaheen II replaced the Shaheen I in April 2015. The 16-rack IBM Blue Gene/P supercomputer system and has 6,100 sets of 32 processor cores. At KAUST, 25 percent on the university’s faculty, students and researchers rely on Shaheen II, the university said in a press release. The system is used for and small- and large-scale scientific research, including global climate projects and visualizations of the brain and DNA.  ….[Read more]