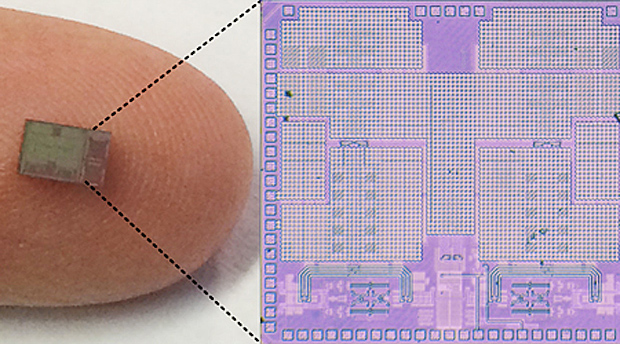 A new microchip could double the amount of data one can transmit and receive wirelessly by enabling simultaneous transmission and reception on the same radio frequency, engineers at Columbia University say.

This advance could not only improve portables and WiFi networks, “but this could also ease up the frequency spectrum as well,” says Harish Krishnaswamy, an assitant professor of electrical engineering at Columbia University, in New York City.

Normally radio transmitters and receivers either work at different times or at the same time but on different frequencies. What so-called “full-duplex radios” instead try to do “is to transmit and receive at the same time and the same frequency,” Krishnaswamy says. “This essentially can double the data capacity of a wireless network.”  …[Read more]