Flashristors: Getting the Best of Memristors and Flash Memory 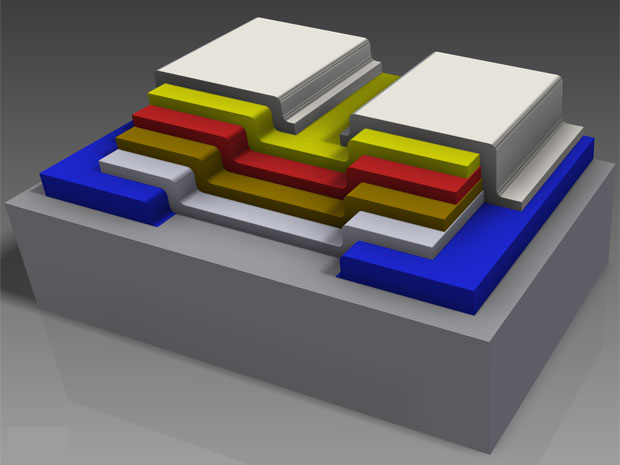 Memristors, devices that contain conductors that ‘remember’ the current that has passed through them by changing their resistance, are being extensively investigated for potential application in memory cells.

The advantage of memristor memory is that it is nonvolatile, so it does not require continuous power to retain data, as DRAMs do.  Also, memristors have proven to be a possible candidate for multistate memory cells, opening the way for their use in bionic brains. One drawback is that memristors’ repeatability, or the number of times a memristor state can be switched on and off, is limited.

A team of researchers at Bingöl University in Bingöl and Bilkent University in Ankara, both in Turkey, reported on 12 June in Applied Physics Letters that they’ve developed a ‘flashristor,’ a device that combines both the properties of a memristor and a flash-memory cell. Unlike existing devices, the memristor effect in their flashristor is not a local effect (such as a change on an atomic scale in crystalline structure), but a distributed effect in a larger area of the device, explains Aykutlu Dâna, one of the paper’s authors.  “This way you can switch on and off with a high precision and repeatability,” he adds. ….[Read more]