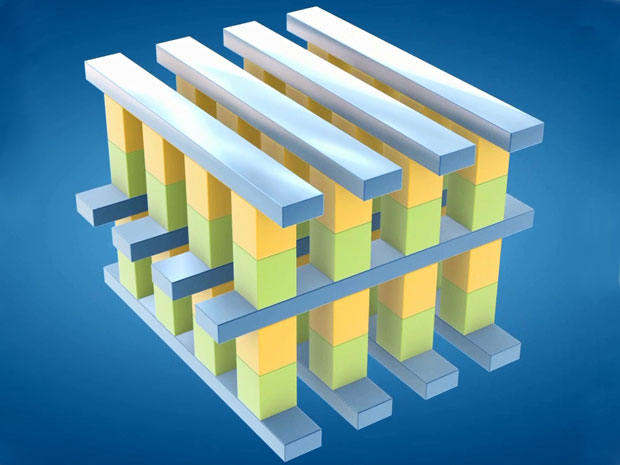 What’s are these memory bits made of? Intel and Micron aren’t saying.

This week, Intel and Micron announced 3D XPoint (“crosspoint”), a new form of nonvolatile memory that the companies say is 1000 times speedier than NAND Flash and ten times denser than DRAM. But what exactly is it? Good luck trying to figure it out.

A press release on Intel’s website touts this as “the first new memory category since the introduction of NAND flash in 1989”. But I’m sure a number of companies would disagree with that characterization. There’s been plenty of work done on phase-change memory and other companies are pushing hard on resistive RAM. Everspin Technologies, a Freescale Semiconductor spin-off based in Arizona, has been shipping MRAM for years.  …[Read more]