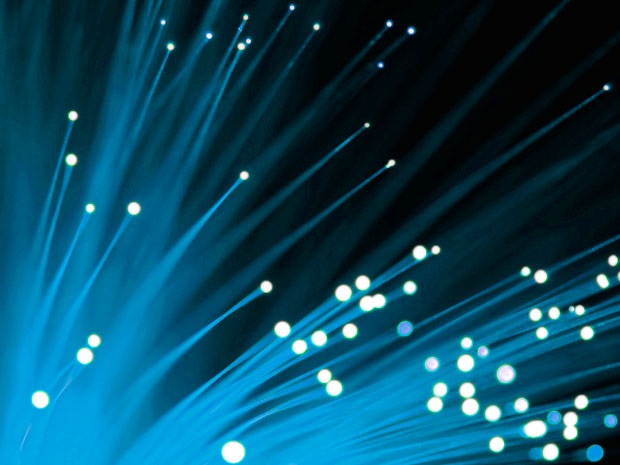 A new approach to transmitting data signals could more than double the amount of data that optical fibers can carry, claim scientists at the University of California, San Diego. The researchers suggest their work, which was published in in the June 26 issue of the journal Science, could “completely redefine the economy on which the present data traffic rests.”

Data signals traveling as laser pulses through an optical fiber are vulnerable to optical distortions resulting from interference among multiple signals of different wavelengths traveling down the same fiber.

These nonlinear wave interactions mean that data signals can degrade over great distances unless they regularly get regenerated along the way — that is, converted to electrical signals, subjected to computer analysis to weed out any distortions, and then converted back to optical signals. This process not only slows data traffic, but also accounts for most of the cost of setting up new optical network infrastructure.  ….[Read more]