The Future of the Web Looks a Lot Like Bitcoin 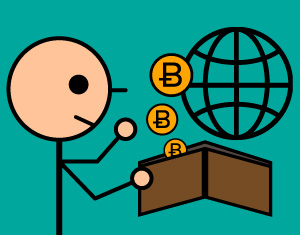 Forget the currency; it’s the protocol behind it that matters. It will mutate and take over everything we do (or could one day do) on the Web. You’ve been warned

To most of the world, Joseph Lubin is a leading thinker in the ever-expanding realm of digital currencies. To me, he was thecounterparty in my first Bitcoin exchange and a man with a knack for saying the biggest things in the most level and unassuming of tones.

It was winter of 2014 when he beckoned me to a Bitcoin conference in Miami to tell me about a new project, named Ethereum, that he and a group of like-minded Canadians had begun working on just a few months earlier. When I caught up with him, he didn’t hold back on the scope of his vision: “We will replace insurance companies. We will replace Wall Street,” he told me. …[Read more]