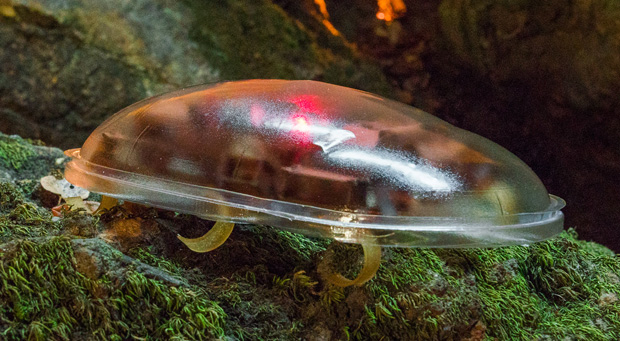 Following along with the evolution of UC Berkeley’s RoACH robots has been absolutely fascinating. Since as far back as 2008, Ron Fearing’s Biomimetic Millisystems Lab has designed and redesigned their little robotic roaches with claws, wings, tails, any just about everything else that they could cram in there.

For a robot inspired by a roach, there’s been what seems like an obvious omission, and that’s a shell. Robots have endoskeletons, rendering exoskeletons somewhat redundant, but do biologically constructed roaches have shells for reasons other than keeping their life goo inside? The answer is yes, and the Berkeley researchers have developed water and dust resistant armored shells that protect roachbots from impacts and elements while also allowing them to navigate through cluttered spaces.  …[Read more]