BMW’s Mini Will Augment Your Vision 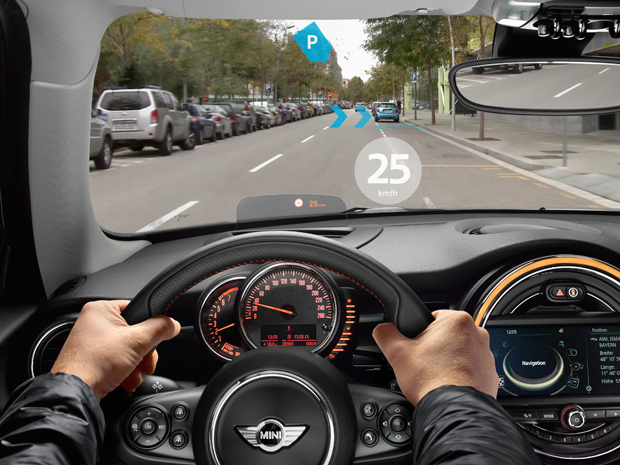 The problem with your car’s heads-up display is that it can only augment the reality that’s straight in front of you—when you look to one side, all you get is the boring kind of reality. BMW proposes to change that with a pair of glasses that Google and Oculus Rift might have imagined. Or already patented.

The prototype system goes on display this week at the Shanghai Auto Show, where it’ll be paired with BMW’s Mini—an interesting choice because it doesn’t cost an arm and leg.

Like standard heads-up displays, the glasses project arrows onto the scenery to tell the driver which way to go. Perhaps even more useful, though, isthe ability to look through the car’s pillars and posts, a trick that is evidently performed by fusing data from a number of cameras on the outside of the car. That’s how several other anti-blindspot systems work, like the glass-free solution recently proposed by Jaguar/Range Rover and the “transparent cockpit” described in this feature-length piece in IEEE Spectrum by researchers at Japan’s Keio University.  …[Read more]