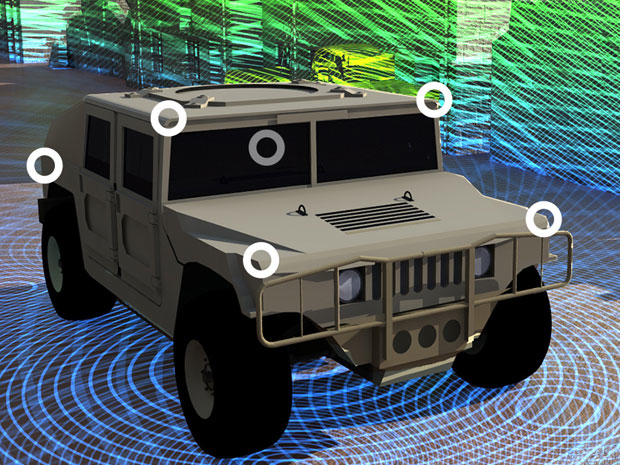 You can hide radar behind the grill of your car or under a plastic body panel, but the laser equivalent, lidar, typically sticks out as a box above the bumper or as a tower on the top. That’s because the laser beam must be steered mechanically.

Besides being big and ugly, today’s lidar is expensive, and for that reason rare on the roads. Only the experimental cars carry it. But that will change, according to DARPA.

The defense research agency has just demonstrated a LIDAR-on-a-chip system that steers its electronic beam much as today’s radars do—using arrays of many small emitters that each put out a signal at a slightly different phase. The new phased array thus forms a synthetic beam that it can sweep from one extreme to another and back again 100,000 times a second. That beats today’s fastest laser roof ornaments by a factor of 10,000.  …[Read more]