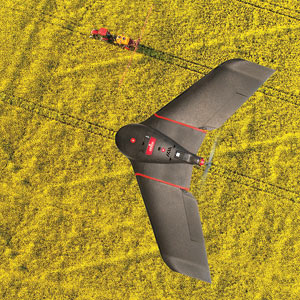 Tech-savvy farmers have been some of the earliest commercial adopters of drone technology, purchasing 45,000 drones last year alone. But if they were using the drones to check on the condition of their fields, spraying their crops, or keeping tabs on livestock, most of them were technically breaking the law. New U.S. federal rules that went into effect this summer, however, should make it easier for farmers to get a drone’s-eye view of their fields.

The new rules allow commercial drone operators to get certified via a written test, so long as they fly drones that meet certain weight and altitude guidelines. Before this, operators had to pay for a pilot’s license and get a special exemption to use a drone, a slow and cumbersome process.

The rules are a win for farmers, drone companies, and everyday consumers. Worldwide, agriculture is the largest commercial market for unmanned aerial vehicles, or UAVs. And it is expected to bag 80 percent of all commercial drone use in the United States. About half of the 5,500 exemptions that the U.S. Federal Aviation Administration (FAA) has approved up to now were for agricultural purposes, says Brian Wynne, president and CEO of the Association for Unmanned Vehicle Systems International. With the new rules, the FAA expects more than 600,000 commercial UAVs to be flying during the next year. “These numbers foreshadow the exciting potential that UASs [unmanned aircraft systems] have for the agriculture industry now that the small UAS rule is in place,” Wynne says.

By using drones to scout for weeds and pests, spot diseased plants or dry areas, and spray the right amount of fertilizer and pesticide,…[Read more]