Behind the Music: How “Robot Drone Man” Built His Flying Avatar 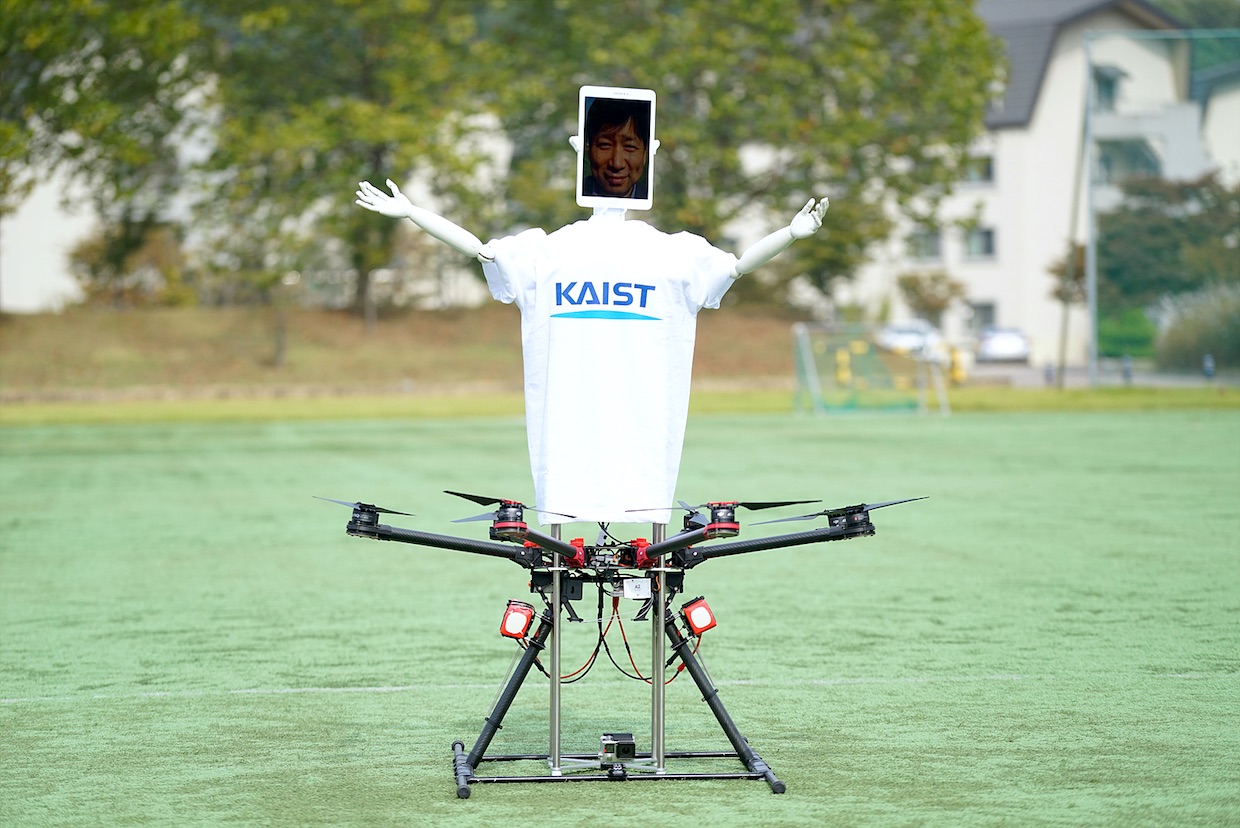 The most entertaining video we posted on Video Friday a couple weeks ago was almost certainly Robot Drone Man, a parody of this PPAP (Pen Pineapple Apple Pen) video, which for some reason has 150 million views on YouTube. Parody or not, Robot Drone Man actually exists, and it’s a project of Ilhan Bae, a researcher and futurist at the Korea Advanced Institute of Science and Technology (KAIST), who wrote in to tell us about it.

Robot Drone Man is an avatar drone, in the same category as other mobile telepresence robots like Double and Beam. It allows a remote human to have an embodied physical presence through a mobile robot, although in this case, the robot can fly, since most of it is a DJI S1000 octocopter. On top of the octocopter is a Kubi telepresence robot to take care of the actual telepresence bit. With a height of 1.4 meters (landed), it’s designed to match the eye level of people interacting with it, and the remote operator can “gesticulate with two hands and head as if a distant operator exists in person,” says Bae, adding that this is “the first trial to couple a telepresence robot in an upright position and drone platform into one body.” He explains that “it may look impractical to install heavy robot parts on a light drone, but the benefits of telepresence via a flying drone overwhelm the restricted mobility of telepresence robots strolling indoors.” In other words, Robot Drone Man FLY!