First Graphene Photodetector To Operate in the Microwave 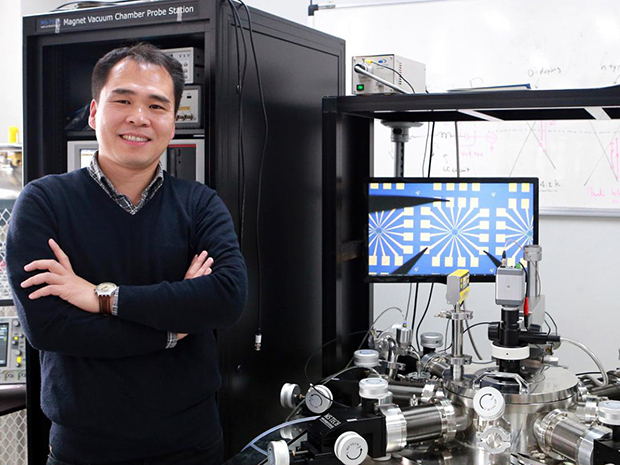 While graphene may be losing its luster in the field of digital electronics because of its lack of an inherent band gap,  in the world of optoelectronics graphene’s gapless band structure seems to be winning a new set of acolytes. This is seen no more keenly than in photodetectors, where graphene is enabling near-terahertz-speed photodetectors that are more energy efficient.

Now, researchers at the Daegu Gyeongbuk Institute of Science and Technology (DGIST) in South Korea and the University of Basel in Switzerland have developed a new graphene-based photodetector that operates at microwave wavelengths—a departure from graphene photodetectors that detect only optical wavelengths from the near-infrared to ultraviolet light.

“The significance of this study is that we have developed the world’s first microwave photodetector using graphene device,” said senior researcher Jung Min-kyung of DGIST, in a press release.

The device can detect 100,000 times less light energy than any existing graphene photodetector.

In research described in the journal Nano Letters, the international team of researchers studied the microwave absorption capabilities of bilayer graphene arranged into p-n junctions—the points at which p-type and n-type semiconductors are joined together to form the basis of many of the electronic devices we are familiar with.

Of course, there has been previous research attempts to study the microwave range in photodetection,…[Read more]