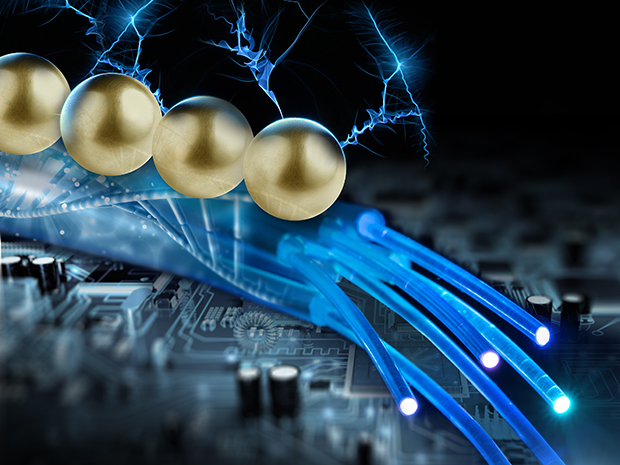 One could really get a sense of how seriously researchers were taking this approach for electronics when IBM researchers reported seven years ago that they were able to use such folded nanostructures to create a scaffold that served as a kind of quasi circuit board. That board allowed them to assemble components with features as small as 6 nanometers.

Despite this research interest, some aspects of the DNA origami technique have not been fully developed for electronics applications. One issues pressing the brakes has been interconnects: Nobody has produced well-defined electrical contacts between macroscopic electrodes and the DNA-based origami nanodevices.

Now researchers at the Helmholtz-Zentrum Dresden-Rossendorf (HZDR) and Paderborn Universities in Germany have taken on this gap in research and have developed a technique that will make it possible to build interconnects on the nanoscale between electronic components.  The researchers believe that their technique represents an important first step on the way to building electronic circuits by self-assembly.

While it may seem that this is not the first time we have seen DNA origami fashioned into electronic components, this breakthrough differs from previous work in a number of ways. First,…[Read more]