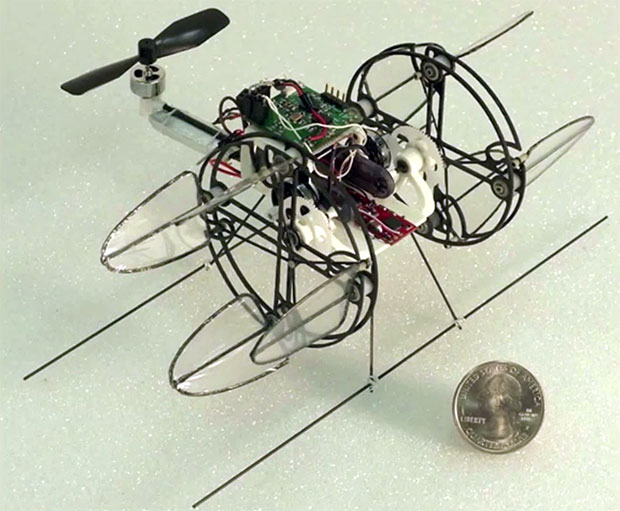 A cyclocopter is a weird sort of aircraft that uses airfoils rotating around a horizontal axis to generate lift and thrust. The concept was developed about a century ago, but these things are tricky to build and fly, so they haven’t, er, taken off as much as helicopters have. In fact, there’s only a small handful of research groups working on cyclocopters at all, and at the moment, they’re focusing on small scales. Professor Moble Benedict and graduate students Carl Runco and David Coleman at Texas A&M’s Advanced Vertical Flight Laboratory has been testing the smallest cyclocopter ever developed: It’s just 29 grams in mass, and could be a tiny step towards replacing helicopters and multirotors with something better.

A single cycloidal rotor, or cyclorotor, consists of multiple airfoils attached to a frame that turns around in a circle very fast. The airfoils produce lift and thrust as they move through the air, and because each blade can pivot, that thrust that can be directed in any direction perpendicular to the cyclorotor. Or, as Benedict explains, “With the blades cyclically pitched such that each blade has a positive geometric angle of attack at the top and bottom of the circular trajectory, a net thrust is produced.” The thrust vectoring is instant, making the cyclocopter very maneuverable, …[Read more]