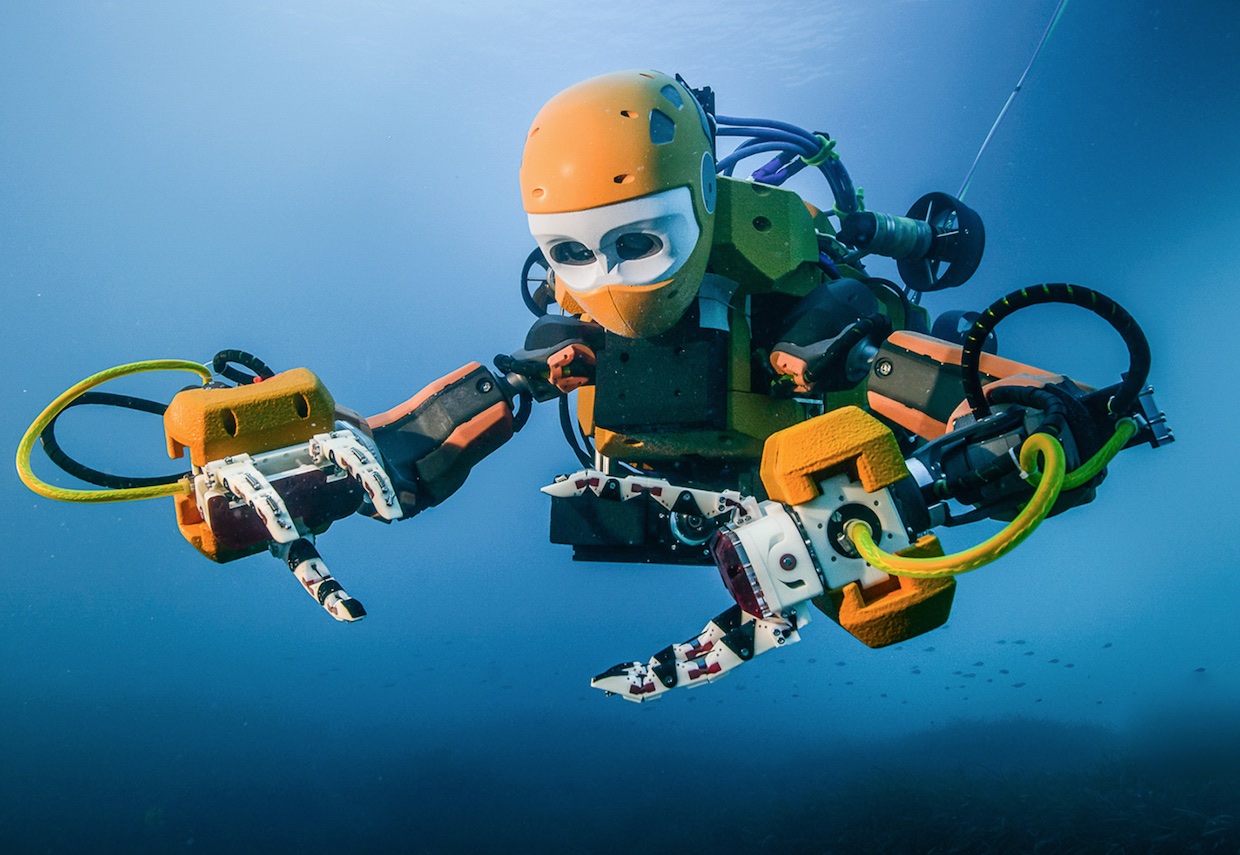 Back in April, Stanford University professor Oussama Khatib led a team of researchers on an underwater archaeological expedition, 30 kilometers off the southern coast of France, to La Lune, King Louis XIV’s sunken 17th-century flagship. Rather than dive to the site of the wreck 100 meters below the surface, which is a very bad idea for almost everyone, Khatib’s team brought along a custom-made humanoid submarine robot called Ocean One.

In this month’s issue of IEEE Robotics and Automation Magazine, the Stanford researchers describe in detail how they designed and built the robot, a hybrid between a humanoid and an underwater remotely operated vehicle (ROV), and also how they managed to send it down to the resting place of La Lune, where it used its three-fingered hands to retrieve a vase.

Most ocean-ready ROVs are boxy little submarines that might have an arm on them if you’re lucky, but they’re not really designed for the kind of fine manipulation that underwater archaeology demands. You could send down a human diver instead, but once you get past about 40 meters, things start to get both complicated and dangerous. Ocean One’s humanoid design means that it’s easy and intuitive for a human to remotely perform delicate archeological tasks through a telepresence interface. [Read More]