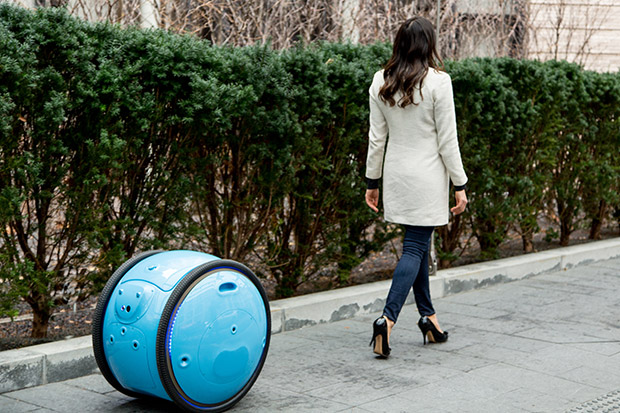 Making a fully autonomous delivery robot (whether it flies or not) is a very hard problem. Your robot has to be prepared to operate all alone in unstructured environments, and it has to do so both reliably and efficiently. A new robot introduced this week by Piaggio Fast Forward (herein abbreviated “PFF”), a division of Italian vehicle manufacturer Piaggio, is getting in on autonomous stuff-moving, but they’re taking a slightly different approach.

Rather than try to develop a fully autonomous delivery robot from scratch, PFF is instead starting with something simpler: a pleasingly roundish robot called Gita (“gee-tah”) that will follow you around, carrying 19 kilograms of tools, groceries, or whatever you want. [Read More]