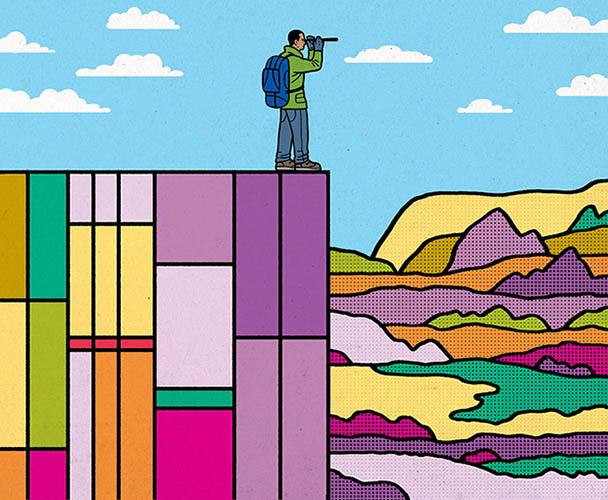 There is an eternal quality to how technology evolves. As existing areas get overworked, new frontiers open up at the fringes. Then innovators rush in to occupy the new territory before it, in turn, becomes overworked. There is an example of such a frontier today in wireless communications. IEEE’s 5G wireless initiative has the goal of serving many more users with much higher transmission speeds. But with the existing cellular bands tightly packed, where does all the required additional network capacity come from?

In contrast with the traditional radio-spectrum management view of scarce capacity, where a finite amount of spectrum must be divided up among users, communication theorists see wireless capacity as virtually unlimited. Capacity can be increased indefinitely by going to ever smaller cells and higher frequencies that offer more bandwidth, while greater efficiency can be achieved with advanced signal processing and new spectrum-sharing policies. Among all these approaches, the greatest immediate impact would be achieved by moving to the higher frequencies in the millimeter range—the region of 30 to 300 gigahertz, where bandwidth is available and plentiful.

But in many ways, millimeter-wave wireless truly is a frontier. Today the millimeter band is largely uninhabited and inhospitable, as signals using these wavelengths run up against difficult propagation problems. Even when signals travel through free space, attenuation increases with frequency, so usable path lengths for millimeter waves are short, roughly 100 to 200 meters. Such distances could be accommodated with the smaller cell sizes envisioned in 5G, but there are numerous other impediments. Buildings and the objects in and around them, including people, block the signal. Rain and foliage further attenuate millimeter waves, and diffraction—which can bend longer wavelengths around occluding objects—is far less effective. Even surfaces that might be conveniently nicely reflective at longer wavelengths appear rougher to millimeter waves, and so diffuse the signal. [Read More]