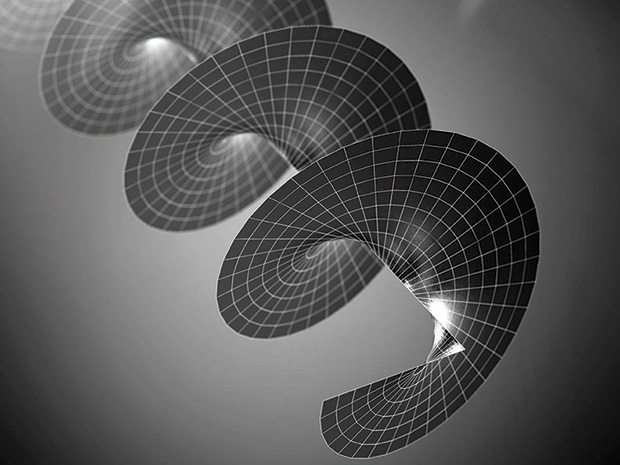 It was just 24 years ago that researchers reported the discovery of something remarkable about light: Certain beams, traveling through space with a spiraling pattern suggestive of a corkscrew, carry a form of momentum called orbital angular momentum.

Big deal, you say? It most certainly was. The concept of orbital angular momentum (OAM) has done nothing less than inspire a reimagining of what we’re capable of doing with electromagnetic radiation. Beams that carry OAM can be used to move tiny objects, and they have been used to enhance the resolving power of microscopes.

But the exploitation of OAM may have the biggest impact in my own field of communications. OAM waves with different “twists” don’t interfere with one another. That means they can be overlaid one on top of another to carry a theoretically unlimited number of different data streams at the same time. Hardware that can transmit and receive even a few such OAM beams could dramatically boost the capacity of optical and radio transmissions without placing any more demands on the crowded electromagnetic spectrum than we do today. Indeed, my team at the University of Southern California, in Los Angeles, and others have performed experiments to test this idea, and they worked just as the theory predicted.

If OAM communications sounds familiar, you may have noticed the news a few years ago when one of the first OAM radio demonstrations was performed. At the time, some engineers argued that the approach wasn’t new and was instead just a version of another strategy for sending multiple waves at the same time. But since then, it’s become clear that OAM transmission really is a novel and powerful technology, one that could allow us to transmit much more information along wireless connections and dramatically speed up parts of the networks that underpin the Internet. The technological challenge is finding good ways to harness OAM. We are finally starting to do just that. …[Read More]