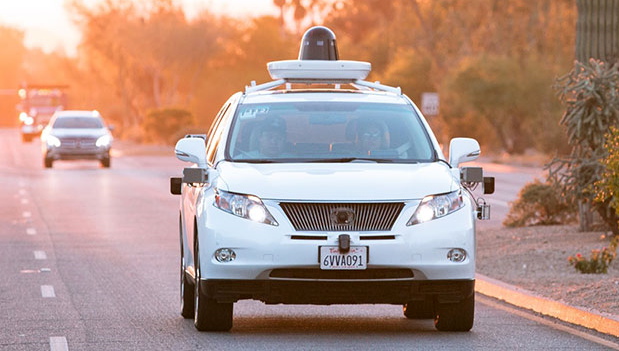 In a bold attempt to regain its place as a self-driving pioneer, California today proposed regulations that would make it one of the first places in the world where autonomous vehicles could carry paying passengers without a licensed driver on board.

The new regulations, which could come into force as soon as November, depart from the cautious approach California has taken in the past. They would allow manufacturers to certify their own fully driverless vehicles as safe and effective without a detailed inspection, or even having to test in the state beforehand.

“You can apply for a permit to deploy when…you as a manufacturer believe the vehicles are ready to go,” says Bernard Soriano, Deputy Director of the California Department of Motor Vehicles (DMV). “The traditional system of not wanting to be sued crazy controls when manufacturers will do this.”

The latest regulations for the deployment of autonomous vehicles are noticeably looser than draft versions circulated over the past 15 months. Initially, the DMV suggested a certification process that required a demonstration of the technology to a third-party testing organization, a licensed driver in the vehicle at all times, and a time-limited permit granted on the condition that the manufacturer file monthly progress reports. The California rules also demanded that manufacturers maintain ownership of the vehicles. [Read More]