How Drive.ai Is Mastering Autonomous Driving with Deep Learning 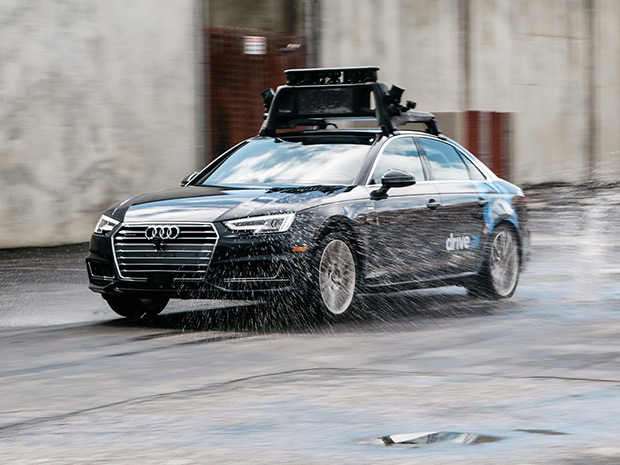 Among all of the self-driving startups working towards Level 4 autonomy (a self-driving system that doesn’t require human intervention in most scenarios), Mountain View, Calif.-based Drive.ai’s scalable deep learning approach and aggressive pace make it unique. Drive sees deep learning as the only viable way to make a truly useful autonomous car in the near term, says Sameep Tandon, cofounder and CEO. “If you look at the long-term possibilities of these algorithms and how people are going to build [self-driving cars] in the future, having a learning system just makes the most sense. There’s so much complication in driving, there are so many things that are nuanced and hard, that if you have to do this in ways that aren’t learned, then you’re never going to get these cars out there.”

It’s only been about a year since Drive went public, but already, the company has a fleet of four vehicles navigating (mostly) autonomously around the San Francisco Bay Area—even in situations (such as darkness, rain, or hail) that are notoriously difficult for self-driving cars. Last month, we went out to California to take a ride in one of Drive’s cars, and to find out how they’re using deep learning to master autonomous driving. [Read More]