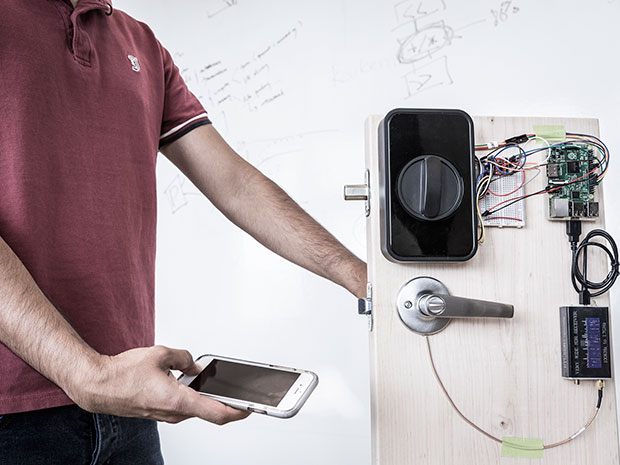 Another day, another cybersecurity threat to worry about. Earlier this week, Johnson and Johnson told patients that it had discovered a security flaw in its insulin pumps, which left the pumps vulnerable to hacking—though the company said the risk of such a hack actually occurring is “extremely low.”

Meanwhile, a group of researchers at the University of Washington in Seattle is offering an alternative to wireless data transmission that could make medical devices and wearables more secure: transmitting the data through our bodies rather than broadcasting them over the air. Their premise is that it’s much harder to surveil a human body without someone noticing than it is to surreptitiously pluck a password from wireless signals in the air.

In tests with 10 subjects, the group showed that it’s possible to transmit passwords at speeds of up to 50 bits per second (bps) through the human body, using off-the-shelf products such as fingerprint scanners and iPhone fingerprint sensors. For comparison, a standard Internet package in the U.S. offers download speeds of 15 megabits-per-second, or 15 million bits per second.

“You can hold a phone in your hand and you can have a receiver on your leg, and you can actually receive signals very strongly,” says Shyamnath Gollakota, a wireless researcher at the University of Washington and collaborator on the project. [Read More]