A Better Way to Organize the Internet: Content-Centric Networking 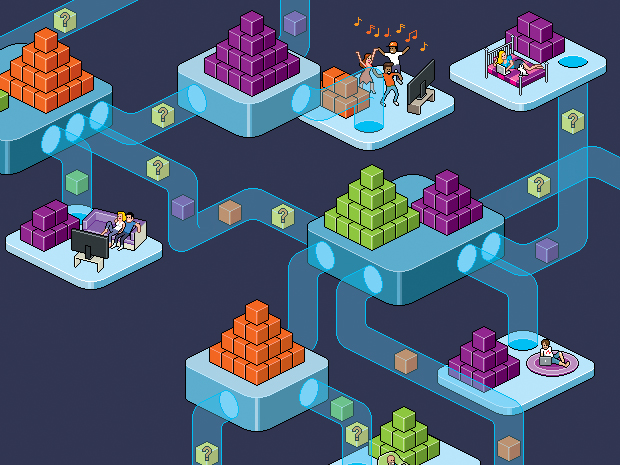 By GLENN EDENS AND GLENN SCOTT

The Internet is more than 45 years old, and it’s starting to show its age. To be sure, it has served us wonderfully well. Its underlying technologies delivered the World Wide Web (still a young adult at around 28 years old) and our global communications network. Even as its user base has swelled to 3.4 billion, these technologies have scaled admirably.

Today, however, all of those users demand a level of performance that the Internet was never designed to deliver. The authors of the original Internet protocols, who began their pioneering work in the late 1960s, designed them for a network to be used mainly for sending electronic mail from one computer to another. Now, though, people spend far more time streaming Netflix movies. Oftentimes, one piece of content must be distributed to hundreds of thousands or millions of users simultaneously—and in real time.

With its growth and shifts in usage, the Internet is being severely strained. That’s why you’re often stuck watching a “buffering” message when you’re trying to watch a viral video.

Increasingly, network engineers find themselves scrambling for patches to improve performance or searching for ways to squeeze slightly more capacity from this creaky infrastructure. Looking ahead to what it hopes will be a golden era for the Internet, Cisco Systems expects global traffic to grow by 22 percent per year through 2020. It’s hard to imagine that happening, however, if the original framework remains in place.[Read More]