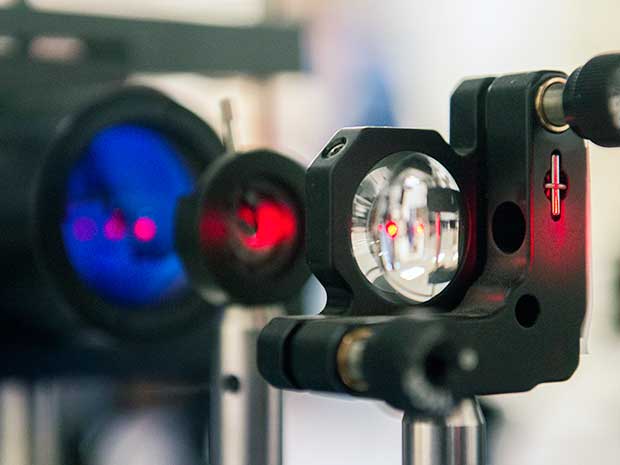 Go ahead and rip out the hundreds of fiber optic cables that snake between server racks at the nearest data center. Replace them with infrared lasers mounted to the tops of each server rack. Use these lasers to beam data to photoreceptors mounted to more racks across the room. Then, add tiny moveable mirrors to redirect the beams and reconfigure the whole system in an instant.

That’s the vision of Mohsen Kavehrad, a professor of electrical engineering at Penn State. So far, he has built a prototype of one such data link in his lab. Infrared wavelengths are already commonly used to transmit data within fiber optic cables, but now Kavehrad wants to use them to send data over the air. With his system, he has shown that infrared lasers can deliver data rates of 10 gigabits per second.

Kavehrad has published multiple studies on this approach and presented his research today at the Photonics West conference in San Francisco.

Someday, he hopes such lasers could replace the heavy bundles of fiber optic cables found in modern data centers. “If you visit one of these data centers, it’s like a jungle, with fiber going between servers,” he says.[Read More]