Tech TalkTelecomSecurity Smartphone Accelerometers Can Be Fooled by Sound Waves 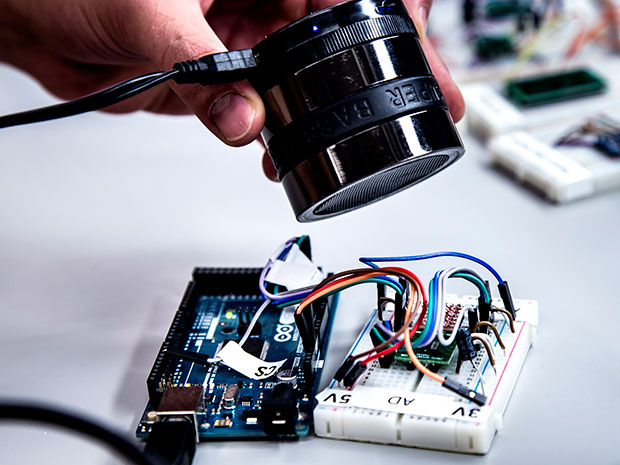 Accelerometers introduced smartphone users to many handy new features—recording the distance you walk and automatically rotating the view when we turn the phone sideways, to name just two you probably used today. Though these sensors are generally quite helpful and accurate, computer scientists from the University of Michigan have just found a way to scam them.

Patrick McDaniel, a security researcher at Pennsylvania State University, says the security risk of the particular scheme devised by Fu’s group is low. But the broader problem is a big one in the industry: Devices and software programs tend to blindly trust any data gathered from built-in sensors.

On Tuesday, the Industrial Control Systems Cyber Emergency Response Team of the U.S. Department of Homeland Security issued a public alert about the findings.

The Michigan group’s work underscores the point that any device that relies on data from a sensor to make a critical decision can potentially be led astray by that sensor. Besides smartphones, accelerometers are also used to activate airbags in motor vehicles, and to measure the rate and depth of chest compressions during CPR.[Read More]