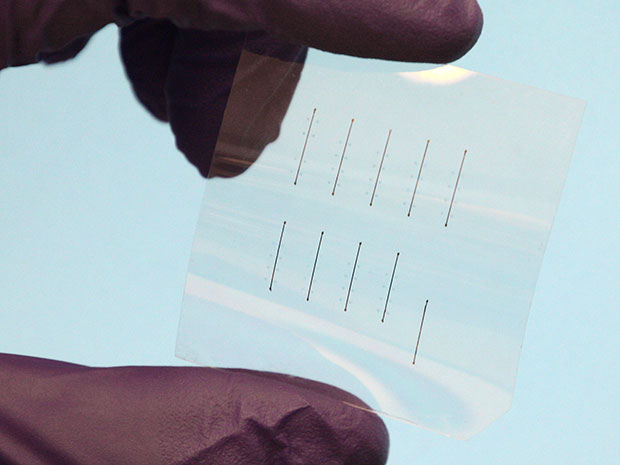 The new memory cells combine the strengths of the two different kinds of memory technology that have long dominated the computer industry. One type, which includes hard disks and flash memory, is relatively slow at reading and writing data but is non-volatile, meaning that it saves its data even when it gets powered down. The other, random access memory (RAM), is fast but volatile, only maintaining its data while powered.

The new memory devices are a form of resistive RAM (ReRAM), which is both fast and non-volatile. All memory cells are switchable between on and off states that represent one bit of data, a zero or one. But for ReRAM devices, these states are defined by the resistance of the memory cell, says study lead author Bernard Huber, a physicist at the Munich University of Applied Sciences in Germany.

The scientists detailed their findings online in the 4 April edition of the journal Applied Physics Letters.

In the new study, Huber and his colleagues experimented with a kind of ReRAM known as conductive bridge RAM (CBRAM). These devices each possess a simple capacitor structure, with an insulator sandwiched between two conductive electrodes. When a voltage is applied to a CBRAM cell, a conductive metallic filament forms that connects its two electrodes, resulting in a low-resistance “on” state. When the opposite voltage is applied, this conductive bridge partially dissolves, switching the cell back to a high-resistance “off” state.[Read More]