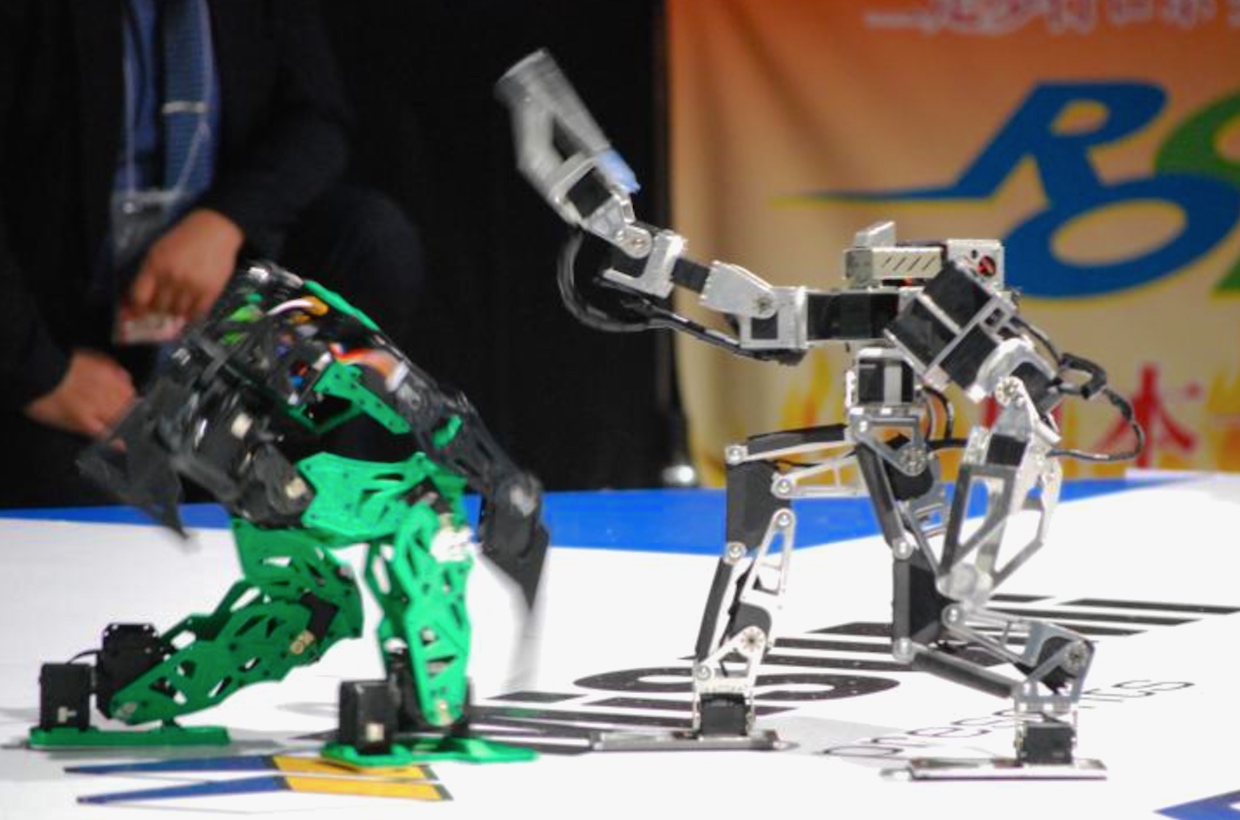 For years, Japan has hosted the Robo-One competitive fighting tournament for biped robots. It’s always a huge amount of fun to watch (even on video), with creative hardware designs, skilled pilots, and the sorts of moves that are physically impossible for humans to pull off. Brand new this year is an autonomous fighting competition, with robots squaring off against each other while their human masters can do nothing but sit back helplessly and watch. It goes pretty much as you might expect, with a lot of “not much” interspersed with some truly epic moments.

This is a challenging sort of competition for autonomous robots: There aren’t any walls, fiducial markings, or even a line around the edge of the combat platform. All sensors are required to be installed on the bodies of the robots, so overhead cameras (which would have made things much easier) weren’t allowed. Competitors were allowed to connect to their robots wirelessly and use an external computer for control, but everything was still fully autonomous.

For sensing, some robots used sophisticated time-of-flight cameras to localize their opponents in 3D, or a combination of a Raspberry Pi and a visible light camera running OpenCV to detect other robots. The combat footage reveals that this level of sophistication may have been overkill, since many successful competitors used relatively simple infrared or ultrasonic sensor arrays instead. With a ring completely empty of obstacles except for your opponent, it was a fast and effective technique.[Read More]