Facebook Aims to Remake Telecom With Millimeter Waves and Tether-tennas 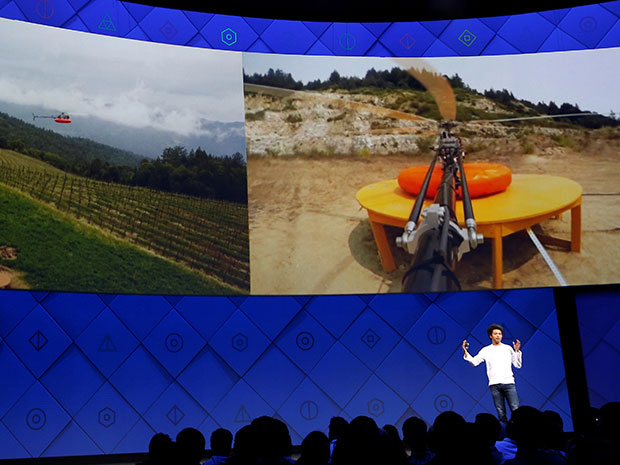 A world of millimeter-wave networks, laid out by computer, crisscrossing cities and into the stratosphere, where cell phone towers can be easily replaced by tethered autonomous copters—that’s the telecommunications infrastructure of the future. So says Facebook’s Yael Maguire, head of the company’s Connectivity Lab.

Speaking at Facebook’s F8 developer conference in San Jose today, Maguire said that Facebook is aiming to bring down the cost of connecting by an order of magnitude, working to develop the building blocks of more flexible and extensible networks.

A big part of that strategy, he said, is millimeter wave communications. Near term, he says, are millimeter wave networks connecting cities, a simpler route to high capacity communications than extending fiber optic networks to every building.  The company’s project here is called Terragraph; it is, Maguire said, “designed to be consumer level in pricing and deployed by mobile operators.”

Facebook’s real secret sauce in city-level millimeter wave communications, Maguire explained, is its use of computer vision and artificial intelligence to analyze a city and determine possible paths for communications. It has also, he said, developed new technology for rerouting these networks when communications are interrupted, and is currently testing this technology in San Jose. [READ MORE]