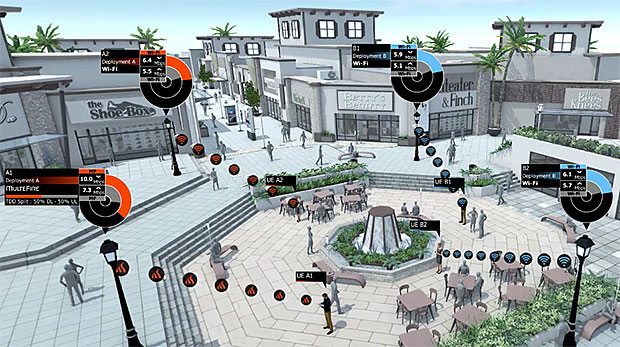 A wireless industry consotium is developing a new technology called MulteFire that it says delivers the high performance of 4G LTE cellular networks while being as easy to deploy as Wi-Fi routers.

Rather than relying on the licensed spectrum purchased for today’s LTE service, MulteFire operates entirely in the unlicensed 5 gigahertz band. And to set it up, users would simply need to install MulteFire access points, similar to Wi-Fi access points, at any facility served by optical fiber or wireless backhaul.

Once installed, MulteFire would provide greater capacity, range, and coverage than Wi-Fi, because it’s based on advanced LTE standards. But by operating in unlicensed spectrum, MulteFire could conserve resources for companies struggling to meet customers’ data demands.

Depending on how MulteFire is used, it could let cellular companies offload traffic to unlicensed spectrum, or allow factory owners to set up private MulteFire networks to serve equipment, robots, and Internet-0f-Things devices. The technology is being developed by the MulteFire Alliance founded by Nokia, Qualcomm, Ericsson, and Intel.

Marcus Weldon, president of Nokia Bell Labs and chief technology officer of Nokia, laid out his vision for MulteFire during a meeting at Nokia Bell Labs in New Jersey last week. As Weldon sees it, managers of industrial facilities will be the primary customers for MulteFire and will want to use it to connect millions of devices for oil and gas drilling, power transmission, and manufacturing. [READ MORE]