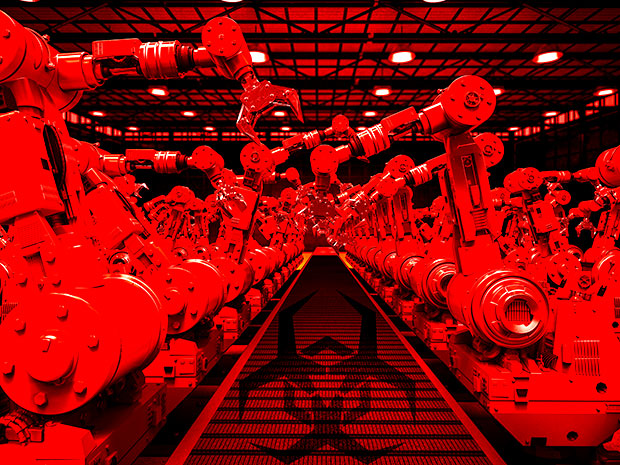 The threats that a hacked industrial robot represent today go beyond safety concerns and include also industrial sabotage and blackmail.

Earlier this month, computer-security firm Trend Micro, in collaboration with researchers at Polytechnic University of Milan, released a report titled, “Rogue Robots.” No, they weren’t writing about the threat of runaway artificial intelligence or Terminator-like “killer robots.” Rather, they were exploring how malevolent hackers might compromise various kinds of industrial robots, whose number is expected to reach 2.6 million units worldwide by 2019.

The dangers of industrial robots to factory workers have long been well appreciated, which is why most of these machines operate in cages designed to keep people out of harm’s way. But increasingly industrial robots are being designed to work alongside human workers, and such collaborative robots, or cobots, could present unique safety issues should their software be compromised.

The threats that a hacked industrial robot represent go beyond safety concerns, though. There’s the obvious worry about industrial sabotage. That software can do real damage to industrial machinery was well demonstrated by Stuxnet, a cyberweapon that observers believe the U.S. and Israeli governments created to disable the centrifuges Iran was using to enrich uranium.  [READ MORE]