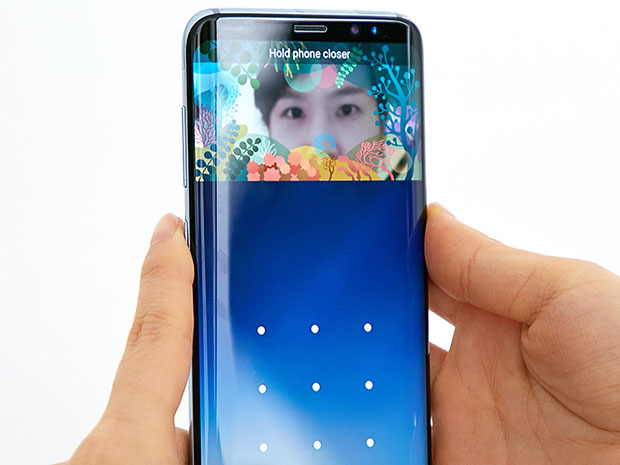 Today Samsung revealed its new Galaxy S8 and S8 Plus smartphones, which users can unlock through iris scanning and facial recognition technology. To do so, users simply hold their phone in front of their eyes or their entire face, as if they were snapping a selfie.

Biometric technology is now being integrated into more consumer devices and is increasingly seen as a critical next step to improve security. Indeed, Justin Denison, Samsung’s senior vice president for product strategy and marketing, referred to the S8’s iris-scanning abilities as the “most secure form of biometric security we’ve ever created.”

In the S8 and S8 Plus, these biometric security features can be activated in addition to, or in place of, a PIN code. As is the case with most iris scanners, people who wear glasses may have to remove them in order for the technology to work. The familiar fingerprint scanner from previous generations has been relocated to the upper half of the S8’s back panel, in a spot where it’s more likely to scan an index finger than a thumb.  [READ MORE]