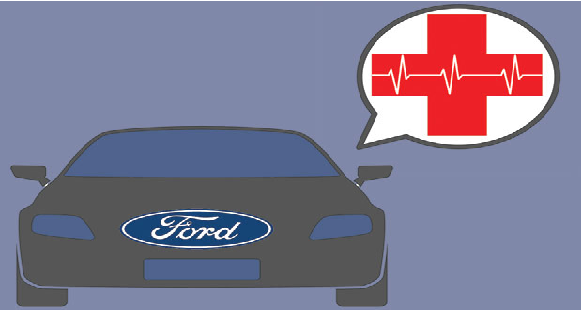 People can form intimate connections to their cars in the course of daily commutes, frustrating traffic jams, and liberating road trips. How would you feel, though, if your car knew detailed information about your insides, such as the regularity of your heartbeat and the amount of glucose in your blood?

Ford is experimenting with all sorts of health and wellness features for its cars and SUVs, according to Pim van der Jagt, a Ford R&D leader who described some of the company’s experiments last week in a keynote talk at the IEEE Body Sensor Networks Conference.

“We’ve seen consumer spending on health and wellness going up strongly,” he later told IEEE Spectrum in an interview. That trend motivated Ford to work on health features for its cars that it hopes will excite customers and give it an edge in the competitive automotive market.

As executive technical leader of R&D for vehicle technologies at the Ford Research and Innovation Center in Aachen, Germany, van der Jagt oversees experiments in three different types of health features for cars, which he calls the three Bs: built-in, brought-in, and beamed-in services. He gave Spectrum an example of each.

A heart monitor in the driver’s seat: In the built-in category, Ford has developed an electrocardiography (ECG) reader that’s integrated into the driver’s seat. While the ECG systems used in hospitals use electrodes attached to the skin, this contactless system records its signals through the driver’s clothes. Although they should be “normal” clothes, van der Jagt added, “not a thick winter jacket or leather coat.” [READ MORE]