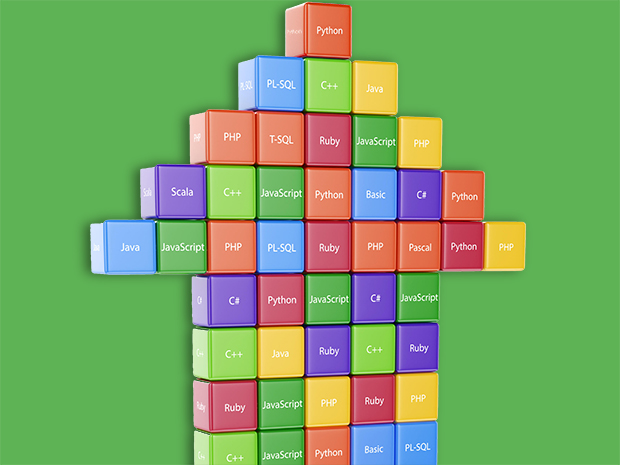 We analyze the languages that are in demand by employers

While the default IEEE Spectrum ranking in the Top Programming Languages interactive gives a good aggregate signal of language popularity, here we are taking a deep dive into the metrics related to job demand. Two of our data sources, Dice and CareerBuilder, measure job openings for the languages included in the interactive, and consequently we have a preset for “Jobs” that weighs the rankings heavily toward those metrics. So, if you want to build up your tech chops before looking for a programming job, what languages should you focus on?

Although Python has moved to the top of the default Spectrum ranking, if we instead go purely by the volume of openings that mention a language, we find that C beats Python by a ratio of 3.5 to 1, or about 19,300 job openings versus 5,400 across Dice and CareerBuilder combined. The Swiss army knife of database languages, SQL, is also highly in demand (15,400 openings), as are Web technologies like JavaScript (9,300 openings), HTML (7,000 openings), ASP.NET (2,700 openings), and PHP (2,400 openings). R, the increasingly indispensable language for data scientists, saw its zenith in 2016 but had some light contraction in 2017, shedding about 12 percent, to 353 openings. (As a caveat, we should note these numbers reflect job openings as of mid-June 2017, indexed for a 30-day window.)