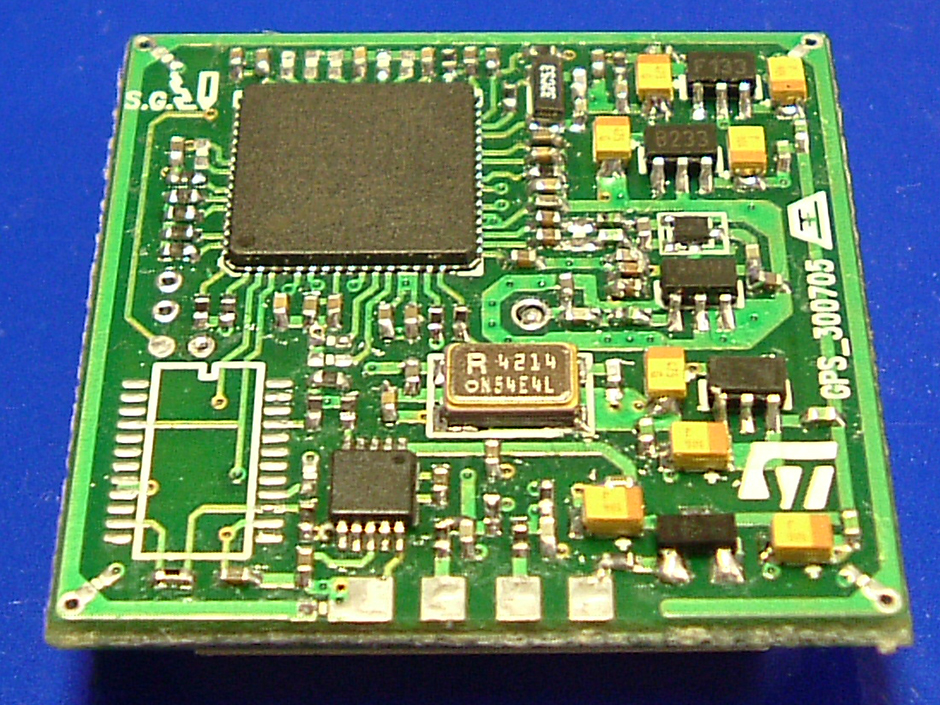 Inexpensive and small, this GPS receiver turbocharged the market for integrated navigation in mobile devices

A time-honored design stunt in the world of chipmaking is the kill-two-chips-with-one-chip move. Back in 2004, STMicroelectronics did it with GPS receivers. Previously, there was one chip housing a GPS radio front end, which picks up the navigation signals being sent from orbiting GPS satellites. And another chip contained a microprocessor, some memory, and a signal correlator—GPS determines the location of each receiver by comparing the signals from multiple satellites. With the STA2056 [PDF], these two chips where smashed together. Although handheld GPS systems were already on the market, the STA2056 set a new standard for size and power consumption. And at US $8, the chip was cheap, driving the cost of GPS devices down and helping open up a mass market for them. Fiat used the chip in several Alfa Romeo models, and GPS vendor Becker put it in its handsets. It also helped propel the notion of GPS as something that could be integrated into devices and not just used as a standalone product or module. Today almost every phone—and quite a few watches—has a GPS chip, typically used in concert with other techniques like Wi-Fi beacon mapping to allow navigation even when a satellite isn’t in view. And, of course, the two-chips-into-one trick remains a favorite of chipmakers everywhere.