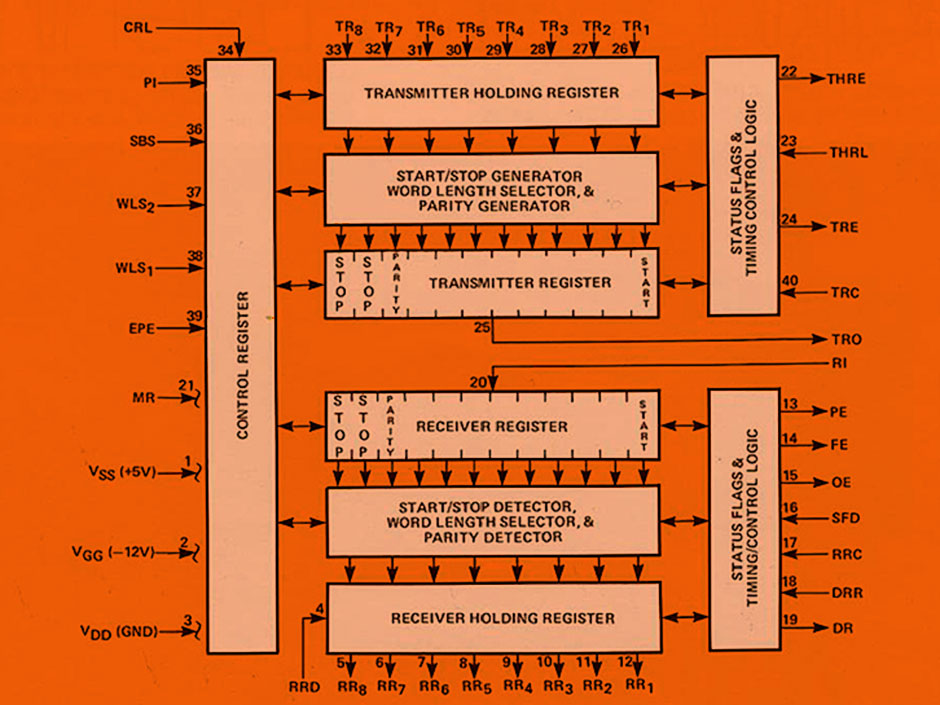 Gordon Bell is famous for launching the PDP series of minicomputers at Digital Equipment Corp. in the 1960s. These ushered in the era of networked and interactive computing that would come to full flower with the introduction of the personal computer in the 1970s. But while minicomputers as a distinct class now belong to the history books, Bell also invented a lesser known but no less significant piece of technology that’s still in action all over the world: The universal asynchronous receiver/transmitter, or UART.

UARTs are used to let two digital devices communicate with each other by sending bits one at a time over a serial interface without bothering the device’s primary processor with the details.

Today, more sophisticated serial setups are available, such as the ubiquitous USB standard, but for a time UARTs ruled supreme as the way to, for example, connect modems to PCs. And the simple UART still has its place, not least as the communication method of last resort with a lot of modern network equipment.

The UART was invented because of Bell’s own need to connect a Teletype to a PDP-1, a task that required converting parallel signals into serial signals. He cooked up a circuit that used some 50 discrete components. The idea proved popular and Western Digital, a small company making calculator chips, offered to create a single-chip version of the UART. Western Digital founder Al Phillips still remembers when his vice president of engineering showed him the Rubylith sheets with the design, ready for fabrication. “I looked at it for a minute and spotted an open circuit,” Phillips says. “The VP got hysterical.” Western Digital introduced the WD1402A around 1971, and other versions soon followed.