Kuri Robot Brings Autonomous Video to a Home Near You 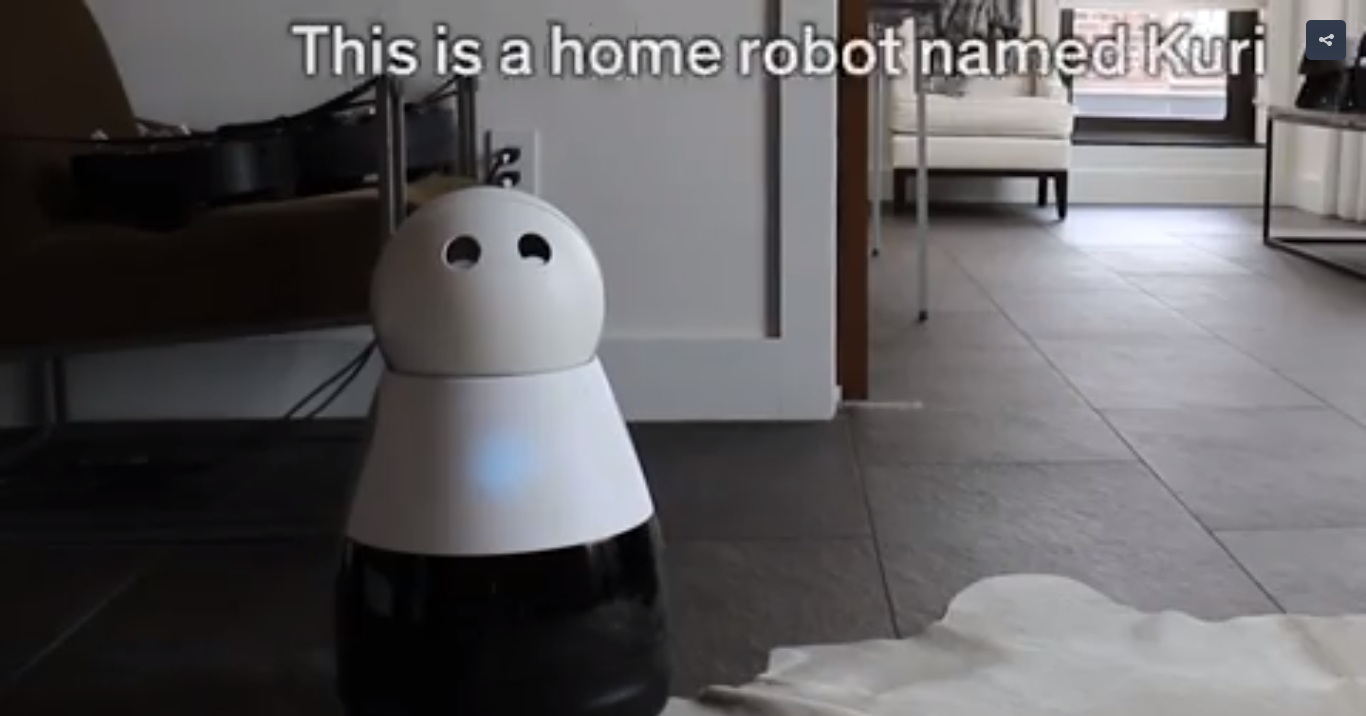 Most home robots are designed primarily for convenience and function. Not Kuri. Silicon Valley startup Mayfield Robotics designed Kuri specifically to be an adorable home companion. And that means it needed to have one quality you won’t find in most robotic vacuums and other home bots: cuteness.

Mayfield introduced Kuri earlier this year at the Consumer Electronics Show in Las Vegas. Since then, the Mayfield team has made several updates to the robot. The most significant one is the home video feature called “Kuri Vision,” which allows Kuri to take video autonomously.

To do that, Kuri has two high definition 1080p cameras, one behind each eye. These cameras take videos intermittently throughout the day, capturing candid moments. You can then review those clips through the app, which runs on iOS and Android, and choose which ones you like best. Then Kuri’s machine learning and image processing kicks in: Based on which images you favorite or delete, Kuri learns to take videos that you’ll like.

For those who find this robot stalking feature a bit creepy, the company says you can always review the photos and videos and delete what you don’t want. And you can also program the robot to avoid filming in specific rooms. This is useful if, say, you don’t want Kuri filming in the bathroom.

Kuri knows the layout of your house because when you first bring the robot home, it uses a laser sensor array to create a map. It then uses that map for reference, so it keeps track of its location. This map makes it easy to tell Kuri where to go. You can say “Kuri, go to the kitchen,” and it will know exactly how to get there.

But don’t expect Kuri to respond in English—or in any other human language. Mayfiled says Kuri “speaks “robot,” which makes it extra cute. Kuri chirps, beeps, and bloops. This helps with a big challenge in human-robot interaction. When robots try to communicate in human language, they often make mistakes that frustrate the user. Even when it’s not annoying, sometimes it’s just uncanny and creepy. Mayfield reduced the chance of that confusion by giving Kuri a language of its own. However, if you need to use Kuri to deliver a message to someone across the house, you can use the app to talk through Kuri’s speakers: “Hey! That’s my ice cream!”

Other new features include new track wheels that collapse up into the robot’s body to absorb shock and help it go over obstacles like door threshold, and an ergonomic handle to make it easier to transport.

The first production wave is sold out and will ship to customers in December. The next shipment, which is available for pre-order now for US $799, will go out in the spring 2018.