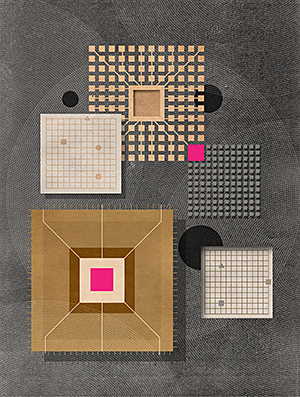 People in the tech world talk of a technology “crossing the chasm” by making the leap from early adopters to the mass market. A case study in chasm crossing is now unfolding in neuromorphic computing.

The approach mimics the way neurons are connected and communicate in the human brain, and enthusiasts say neuromorphic chips can run on much less power than traditional CPUs. The problem, though, is proving that neuromorphics can move from research labs to commercial applications. The field’s leading researchers spoke frankly about that challenge at the Neuro Inspired Computational Elements Workshop, held in March at the IBM research facility at Almaden, Calif.

“There currently is a lot of hype about neuromorphic computing,” said Steve Furber, the researcher at the University of Manchester, in England, who heads the SpiNNaker project, a major neuromorphics effort. “It’s true that neuromorphic systems exist, and you can get one and use one. But all of them have fairly small user bases, in universities or industrial research groups. All require fairly specialized knowledge. And there is currently no compelling demonstration of a high-volume application where neuromorphic outperforms the alternative.”

Other attendees gave their own candid analyses. Another prominent researcher, Chris Eliasmith of the University of Waterloo, in Ontario, Canada, said the field needs to meet the hype issue “head-on.” Given that neuromorphics has generated a great deal of excitement, Eliasmith doesn’t want to “fritter it away on toy problems”: A typical neuro morphic demonstration these days will show a system running a relatively simple artificial intelligence application. Rudimentary robots with neuromorphic chips have navigated down a Colorado mountain trail and rolled over squaresof a specific color placed in a pattern on the floor. The real test is for traditional companies to accept neuromorphics as a mainstay platform for everyday engineering challenges, Eliasmith said, but there is “tons more to do” before that happens.