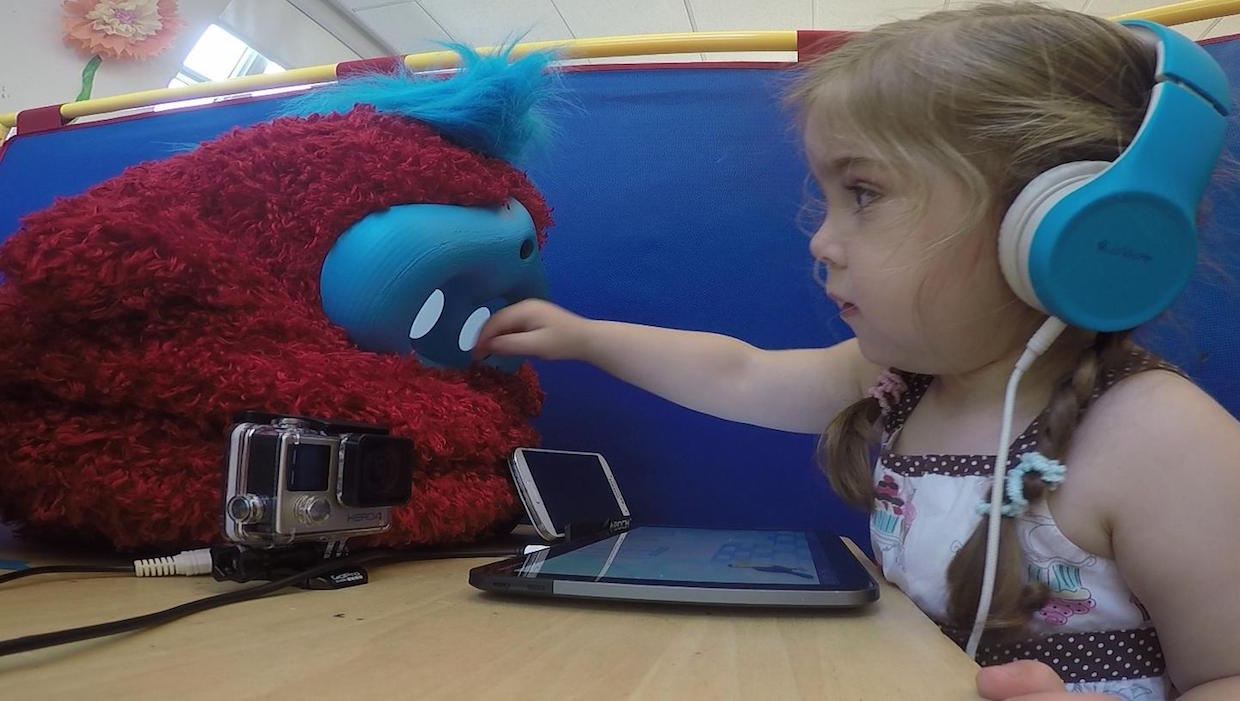 In this guest post, Jacqueline M. Kory Westlund, a researcher in the Personal Robots Group at the MIT Media Lab describes her projects and explorations to understand children’s relationships with social robots.

This story begins in 2013, in a preschool in Boston, where I hide, with laptop, headphones, and microphone, in a little kitchenette. Ethernet cables trail across the hall to the classroom, where 17 children eagerly await their turn to talk to a small fluffy robot.

The pitch of my voice is shifted up and sent over the somewhat laggy network. My words, played by the speakers of Mox the robot and picked up by its microphone, echo back with a 2-second delay into my headphones. It’s tricky to speak at the right pace, ignoring my own voice bouncing back, but I get into the swing of it pretty quickly.

We’re running show-and-tell at the preschool on this day. It’s one of our pilot tests before we embark on an upcoming experimental study. The children take turns telling the robot about their favorite animals. The robot (with my voice) replies with an interesting fact about each animal: “Did you know that capybaras are the largest rodents on the planet?” (Yes, one five-year-old’s favorite animal is a capybara.) Later, we share how the robot is made and talk about motors, batteries, and 3D printers. We show them the teleoperation interface for remote-controlling the robot. All the kids try their hand at triggering the robot’s facial expressions.