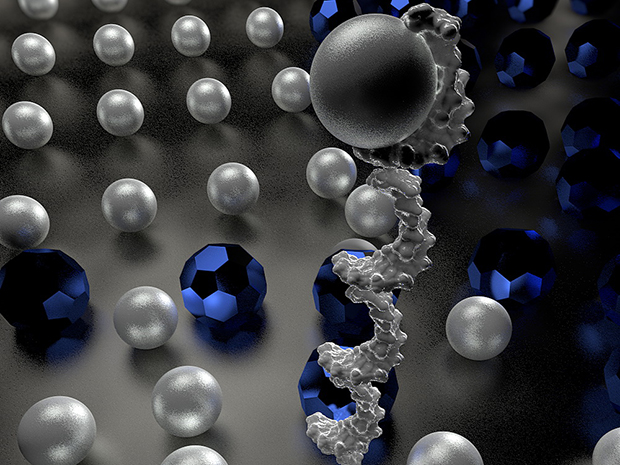 Miniature robots with arms and legs made of DNA can sort and deliver molecular cargo, a new study finds. Such DNA robots could be used to shuffle nanoparticles around on circuits, assemble therapeutic compounds, separate molecular components in trash for recycling, or deliver medicines where they need to go in the body, researchers from the California Institute of Technology in Pasadena say.

The new robots are made from three basic modules that are each brief snippets of DNA. One module is a “leg” with two “feet” for walking; another is an “arm” with a “hand” for grabbing onto cargo; and the last can recognize specific delivery points and make the hand release its cargo at those spots.

The scientists had their robots walk on 58-by-58-nanometer pegboards made of DNA origami. Each pegboard consisted of a long strand of DNA held together in the shape of a sheet by short pieces of DNA that served as staples, says Anupama Thubagere, a bioengineer at the Caltech and the study’s lead author.

Each of the DNA robot’s feet could bind to the DNA of the pegboard. However, each robot was designed so that only one of its two feet could anchor onto the board at any one time, while the other floated freely, Qian explains.

When random molecular fluctuations caused this DNA robot’s free foot to encounter the pegboard, it latched on, freeing the other foot. In this manner, the robot could walk in a random direction across the pegboard. The length of the DNA robot’s leg and foot controlled the length of its step—in this case, 6 nanometers.