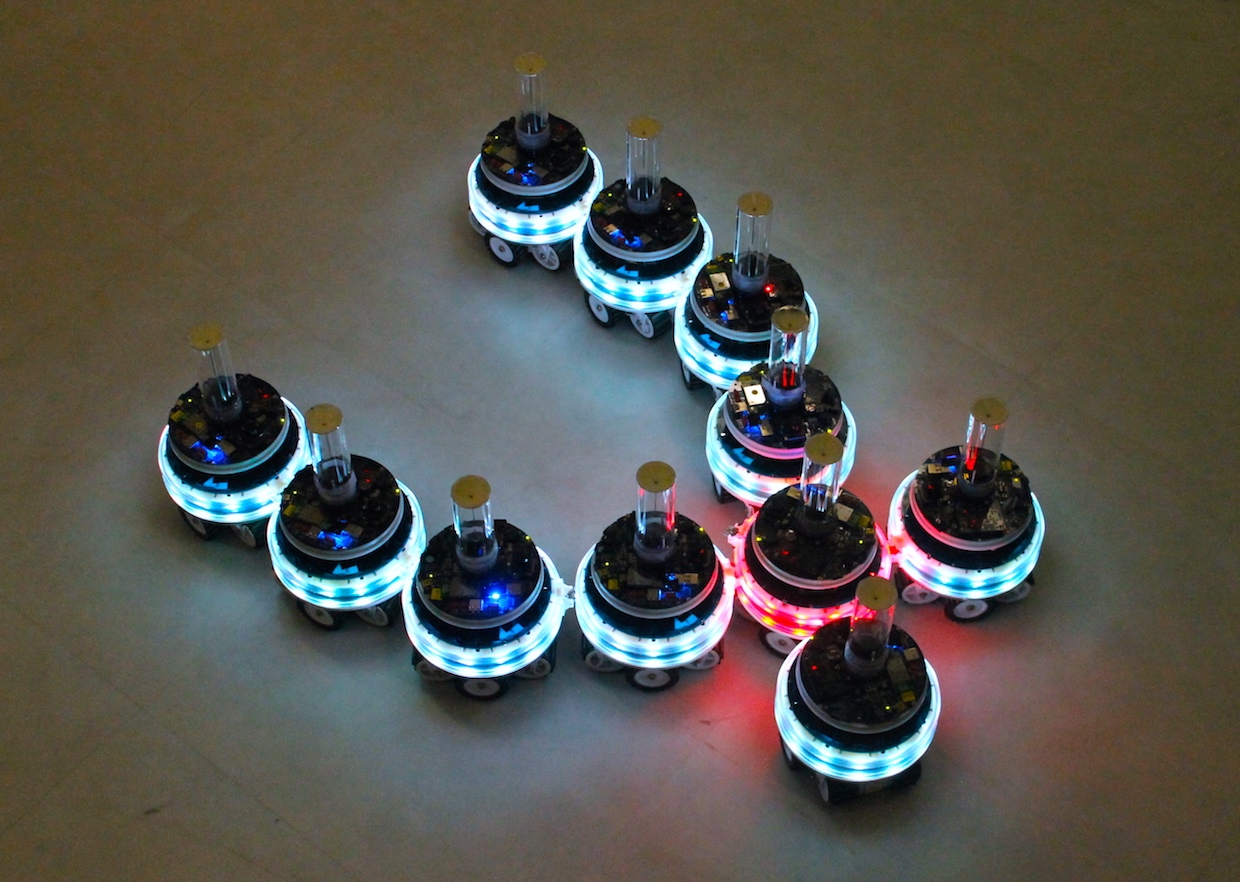 We cover all kinds of modular robotics around here, and when we do, we’re almost always talking about one overall robotic system made up of many different modules, some number of which can be individually controlled or swapped around. What these systems generally have in common is that there’s one brain (usually a computer sitting on a desk somewhere) that interprets all of the sensory data from the modules, and then provides directions to each module. Essentially, the individual robots form a nervous system that passes information to the centralized brain, which is the same way that humans work, and so do most non-modular robots.

While this sort of system works quite well in a research environment, the ideal use case for modular robots is to make them more decentralized, such that any individual module can be part of a nervous system or a brain on-demand, depending on what the robot as a whole is trying to accomplish. In a recent paper in Nature Communications, Nithin Mathews, Anders Lyhne Christensen, Rehan O’Grady, Francesco Mondada, and Marco Dorigo from universities in Lisbon, Brussels, and Switzerland, present the idea of a “mergeable nervous systems for robots,” with a framework for fully modular robotic systems:

We present robots whose bodies and control systems can merge to form entirely new robots that retain full sensorimotor control. Our control paradigm enables robots to exhibit properties that go beyond those of any existing machine or of any biological organism: the robots we present can merge to form larger bodies with a single centralized controller, split into separate bodies with independent controllers, and self-heal by removing or replacing malfunctioning body parts. This work takes us closer to robots that can autonomously change their size, form and function.[READ MORE]