A Solid-State Fridge in Your Pocket 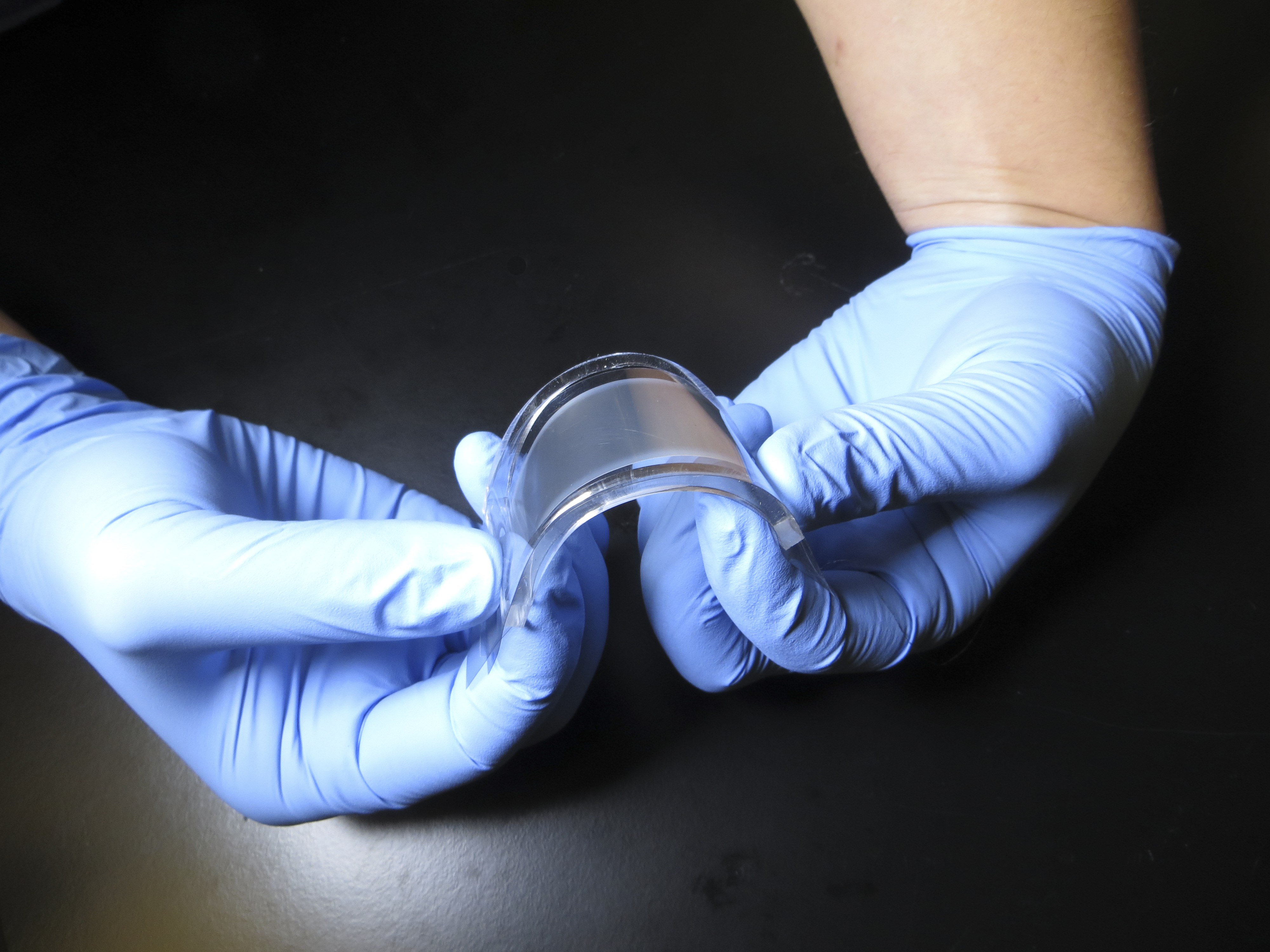 Can you imagine an electric cooler compact enough to fit in your pocket and flexible enough to wear? If not, think again because engineers at the University of California at Los Angeles and SRI International have one working: A 5-millimeter-thick device that is the world’s first solid-state cooler combining practicality, energy efficiency, and high performance.

Solid-state cooling has become a highly-competitive field in recent years as researchers race to develop alternatives to conventional compressor-based refrigerators and air conditioners, which gobble considerable energy and rely on refrigerants that are potent greenhouse gases. In 2014 General Electric heralded a “breakthrough” using materials that heat and cool when moved near and away from magnets, enthusing that its “magnetocaloric” system could be “inside your fridge by the end of the decade.”

Other teams are exploring a myriad of alternate approaches, including “elastocaloric” materials that heat and cool in response to pressure. But the comparatively simple working device from UCLA and SRI, reported in today’s issue of the journal Science, may give these competitors the chills.

UCLA materials science and engineering professor Qibing Pei, who led the work, says he was motivated by the prospect of delivering personalized comfort with little energy. “It may be placed in a shoe insole or in a hat to keep a runner comfortable in the hot Southern California sun. In a way, it’s like a personal air conditioner,” says Pei. [READ MORE]

The UCLA-SRI device relies on the electrocaloric effect, which occurs in materials whose molecules have positively and negatively charged ends. An electric field aligns the molecules, increasing the order in the material and thus increasing its temperature.

Fundamentally, it is the same thermodynamic behavior that causes a steam burn, where water condensing on your skin jumps in temperature as it morphs from a disordered gas to a comparatively orderly liquid. And the electrocaloric effect is just as reversible: Relax the electric field on the material and its temperature drops.