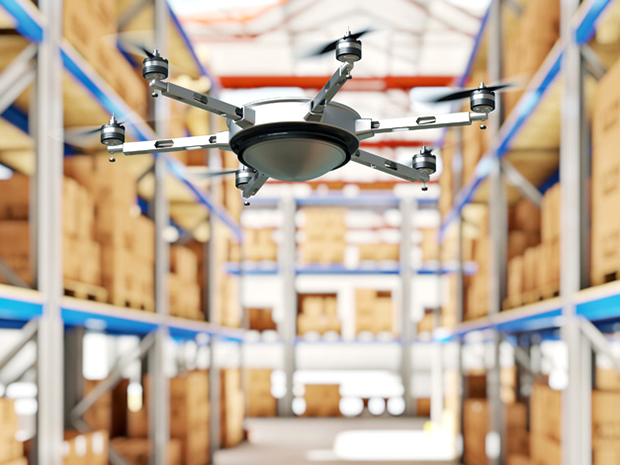 Boxes are everywhere: The United States Postal Service shipped 5.2 billion packages in 2016, while Amazon shipped 1 billion packages just for the holidays. A single Girl Scout has sold an astounding 101,100 boxes of cookies.

Keeping track of all these boxes is a real pain. Retailers, shipping companies, and manufacturers are always looking for better ways to manage inventory. In recent years, they’ve begun using RFID tags to track boxes from warehouses to trucks to retail stores and then to customers’ homes.

But RFID tags aren’t perfect—at every step, employees must scan each tag with an RFID reader. These scans must be done at close range, because RFID tags harness power from the signal the reader transmits to them.

Recently, researchers have begun to investigate other ways for these industries to trace items, including systems that can snap photos of labels or identify shipments by other visual cues. Now, an MIT group thinks they have an even better answer.

A team led by Fadel Adib, a principal investigator at MIT Media Lab, attached an RFID relay to a drone that he says could fly around and scan all the RFID tags on every box in a warehouse, and transmit that information back to a reader.

Using their prototype, the RFID tags and reader can be placed up to 50 meters apart. The system can also correctly record the location of a box to within a meter at the 50-meter range. At shorter ranges, it can pinpoint a box’s location to within 19 centimeters.

In telecommunications, relays are commonly used to boost signals from a cell tower to reach customers on the edge of a service area. But the MIT group is the first to apply this concept to RFID tags and execute it with a drone. Eventually, Adib wants to create a daisy chain of drones that can relay information to one another and forward it to multiple readers.

For now, the test system consists of a single drone that forwards a signal from an RFID reader to a tag. The tag uses some of the energy from that signal to power itself, and also encodes its identifier on the signal before sending it back. The drone then forwards that signal on to the reader, which decodes the identifier.

In addition to knowing which boxes are in a warehouse, the MIT team also wanted their system to record the location of each box. “We were wondering whether we could use drones to find missing items,” Adib says. [READ MORE]