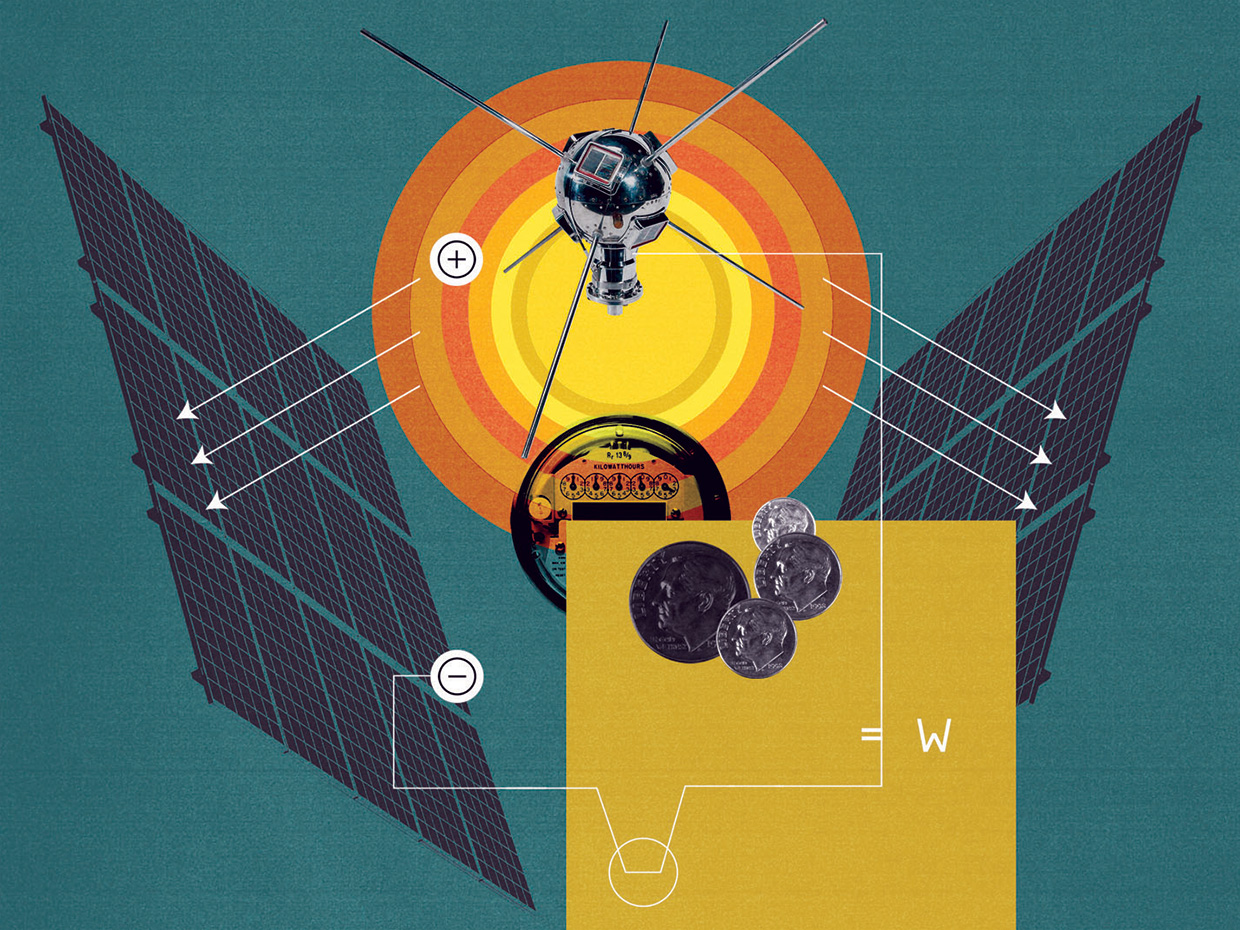 The first satellite powered by the sun was sent into orbit 50 years ago this month. Photovoltaics have progressed much since then, but the progress has been slower than many people realize

Sixty years ago this month, a rocket lifted off from Cape Canaveral bearing the Vanguard 1 satellite, a small, 1.46-kilogram aluminum sphere that was the first to use photovoltaic cells in orbit.

As a safeguard, one of the satellite’s two transmitters drew power from mercury batteries, but they failed after just three months. The six monocrystalline silicon cells, each roughly 5 centimeters on a side and delivering a total of just 1 watt, kept on powering a beacon transmitter for 14 months, until May 1964.

This is good news because PV cells have a higher power density than any other form of renewable energy conversion. Even as an annual average they already reach 10 watts per square meter in sunny places, more than an order of magnitude higher than biofuels can manage. And, with rising conversion efficiencies and better tracking, it should be possible to increase the annual capacity factors by 20 to 40 percent.

But the anniversary of the launch reminds us that it has taken quite a while to get to this point. Edmond Becquerel first described the photovoltaic effect in 1839 in a solution, and William Adams and Richard Day discovered it in 1876 in selenium. Commercial opportunities opened up only when the silicon cell was invented at Bell Telephone Laboratories, in 1954. Even then, the cost per watt remained around $300, and except for use in a few toys, PVs were just not practical.

It was Hans Ziegler, an electronic engineer with the U.S. Army, who overcame the U.S. Navy’s initial decision to use only batteries on the Vanguard. During the 1960s, PV cells made it possible to power much larger satellites that revolutionized telecommunications, spying from space, weather forecasting, and the monitoring of ecosystems. As costs declined, applications multiplied, and PV cells began to power lights in lighthouses, offshore oil and gas drilling rigs, and railway crossings.