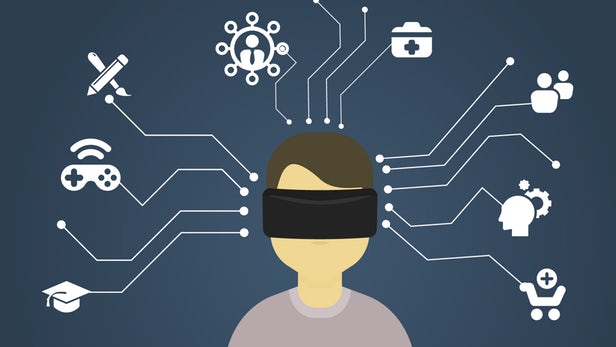 Residents settle into swivel chairs in a beauty shop on the campus of Ebenezer, a senior living community in the heart of the Minneapolis, Minn. They strap on Samsung Gear VR headsets. With a couple of clicks on the side of their goggles, they are transported to Stonehenge. Or find themselves sitting on the deck of a paddle boat cruising down the Mississippi River. Or standing on stage with violinist and vocalist Gaelynn Lea as she sings a haunting ballad.

Some rock back and forth in their chairs, narrating aloud the scene in which they find themselves. Some squeal in delight. Others fall totally silent, craning their necks this way and that, immersed in a new experience.

“We focused on a group of around 30 seniors who would be part of the original study,” Prevost explained. These residents experienced virtual reality twice a week for one month, in sessions that lasted about 10 minutes each. Once a week, participants were asked about their feelings of wellness. About 90 percent of the pilot participants reported increased feelings of relaxation and well-being that lasted long after their VR session was over.

The startup behind the trial, Minneapolis-based Visual, provided the mobile phone-based VR rig, which comes loaded with their proprietary software  that allows the residents to click through a menu of scenarios. That menu features content created by Visual in the last year with partners like Minnesota Public Radio, Minnesota Opera, USA Dance, and the comedy venue Brave New Workshop.

It’s not exactly Ready Player One’s OASIS virtual world. The VR experience itself is limited to 360-degree videos that let the user look around a scene. But it’s enough to give the residents a taste of what VR can do.

“You feel like you’re part of [the scene],” says Ebenezer resident David Zimmer. “And it’s real easy to forget that you’re sitting in a chair looking through some goggles.”

The spillover effects from the VR experience surprised Visual’s president Esra Kucukciftci and founder/CEO Chuck Olsen. “People were more likely to socialize with friends and family—we presume because they had something to talk about that’s not, like, who broke their hip. It’s like, ‘Oh my gosh, did you go to the Louvre?’” says Olsen. [READ MORE]