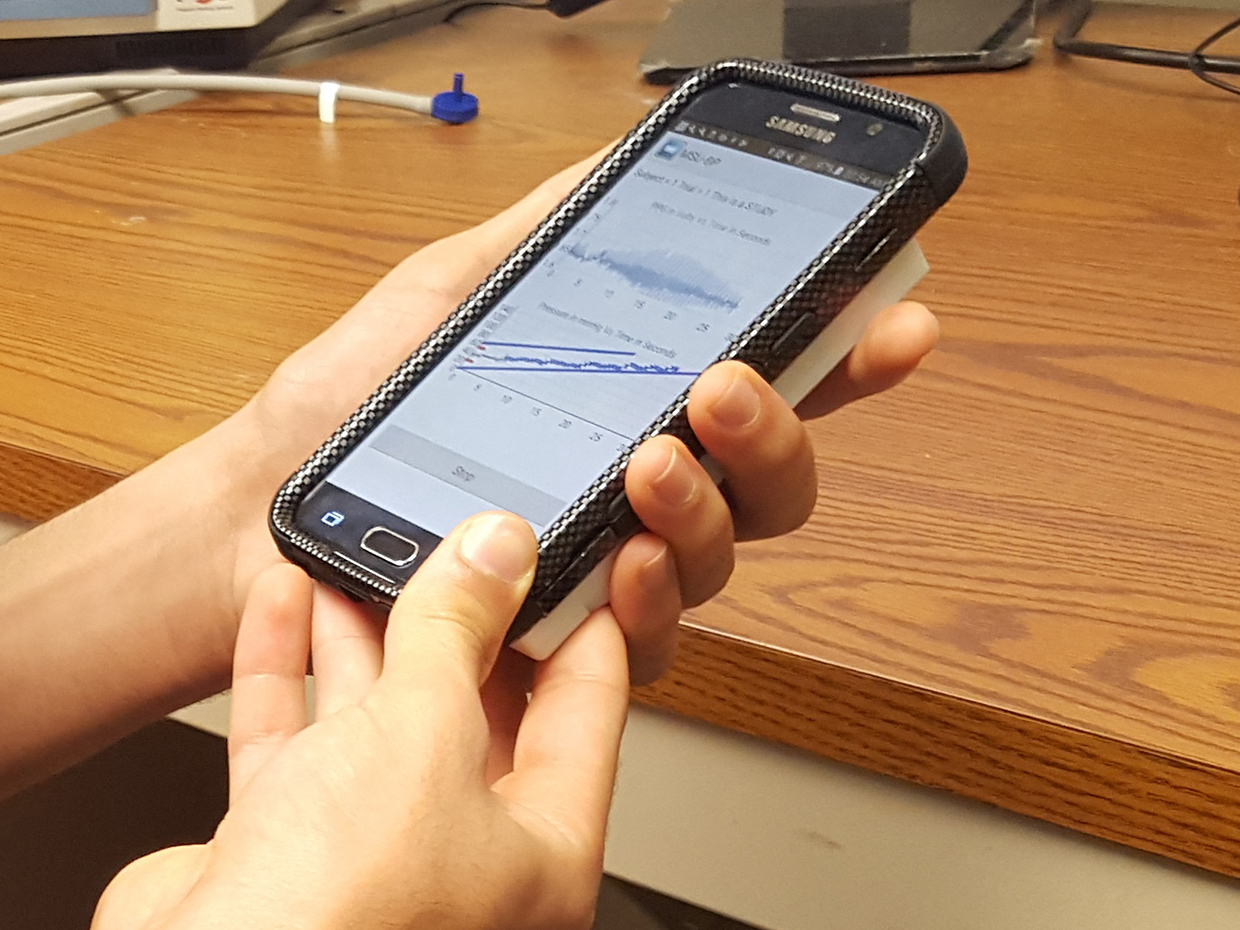 For years, scores of engineers have been trying to develop a more unobtrusive, convenient device for blood pressure monitoring. Now, researchers at Michigan State University and University of Maryland appear to have succeeded.

In a paper published today in Science Translational Medicine, the researchers described a prototype blood pressure sensor that can be incorporated into a smartphone, and requires only the press of a fingertip.

Hypertension can lead to heart disease and stroke. But roughly half of people with the condition don’t know they have it, says Mukkamala.

In his team’s design, phones would be embedded with a sensor consisting of two main components: photoplethysmography (PPG), an inexpensive optical tool that measures blood volume changes, and a thin-filmed force transducer that measures applied pressure.

The user presses her finger on the sensor in a particular way, and an algorithm computes her blood pressure. The pressing of the fingertip generates external pressure on the underlying artery, much like that generated by a blood pressure cuff. [READ MORE]