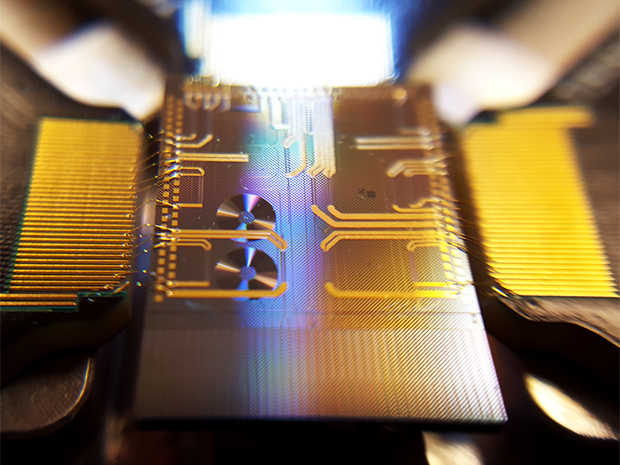 Classical computers switch transistors either on or off to symbolize data as ones and zeroes. In contrast, quantum computers use quantum bits, or qubits that, because of the bizarre nature of quantum physics, can be in a state of superposition where they simultaneously act as both 1 and 0.

The superpositions that qubits can adopt let them each help perform two calculations at once. If two qubits are quantum-mechanically linked, or entangled, they can help perform four calculations simultaneously; three qubits, eight calculations; and so on. As a result, a quantum computer with 300 qubits could perform more calculations in an instant than there are atoms in the known universe, solving certain problems much faster than classical computers. However, superpositions are extraordinarily fragile, making it difficult to work with multiple qubits.

Most attempts at building practical quantum computers rely on particles that serve as qubits. However, scientists have long known that they could in principle use qudits with more than two states simultaneously. In principle, a quantum computer with two 32-state qudits, for example, would be able to perform as many operations as 10 qubits while skipping the challenges inherent with working with 10 qubits together.

Now scientists have for the first time created a microchip that can generate two entangled qudits each with 10 states, for 100 dimensions total, more than what six entangled qubits could generate. “We have now achieved the compact and easy generation of high-dimensional quantum states,” says study co-lead author Michael Kues, a quantum optics researcher at Canada’s National Institute of Scientific Research, or INRS, its French acronym, in Varennes, Quebec. [READ MORE]