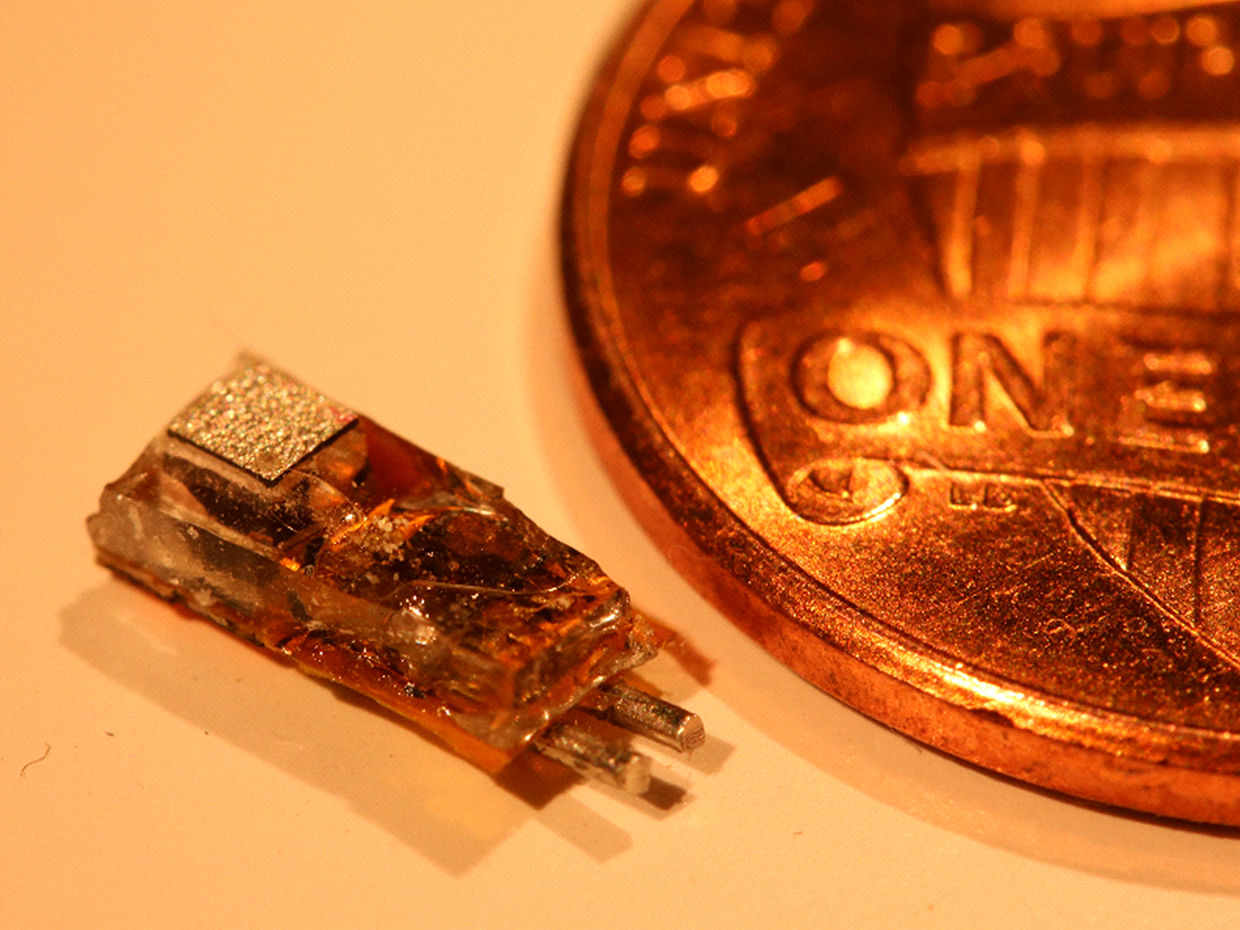 Engineers at Stanford University have built a new kind of millimeter-scale nerve-stimulating implant that beats all others of its size at a crucial parameter: how deep inside the body it can operate. The 6.5-millimeter-long programmable implant can receive both power and data via ultrasound through more than 10.5 centimeters of tissue. That’s deep enough for most any application, say its inventors. And because of its versatility and small size—with some modification it could be injected through a needle rather than requiring real surgery—they envision that it will greatly expand the number of conditions treated with electrical stimulation of the body’s nerves.

So far, most of those treatments have focused on stimulating spinal nerves for controlling pain and the vagus nerve for epilepsy and depression. However, researchers have been working on expanding the role of such “electroceutical” treatments to include ending postpartum bleeding, alleviating rheumatoid arthritis, and restoring bladder control, among many others.

Because implants today require surgery, “implantable devices are seen as a last resort solution,” says Stanford University assistant professor electrical engineering Amin Arbabian. “If you have a disease with any other solution you’ll probably opt for that.” But a nerve stimulator that can be implanted with minimally invasive surgery or simply be injected would allow nerve stimulation treatments to reach 100-fold more patients, he argues.

The Stanford implant consists of: a piezoelectric receiver that converts ultrasound applied from outside the body to electricity, a capacitor for storing that electricity, two stimulating electrodes, an LED, and a custom chip to control it all. Those components are all inside a biocompatible package about the size of a fat grain of rice or a rather slim tic-tac.

The device is capable of extraordinary flexibility in its electrical stimulation parameters. It’s programmable via data sent through the ultrasound signal, allowing the stimulation’s amplitude, pulse width, and frequency to be adjusted to whatever recipe will best interface with the body’s peripheral nerves. “The reason we’re able to do all this is that we have orders of magnitude more power available at large tissue depths than in conventional wireless implants,” says Arbabian. [READ MORE]