These Smart Glasses Automatically Adjust to Your Eyes 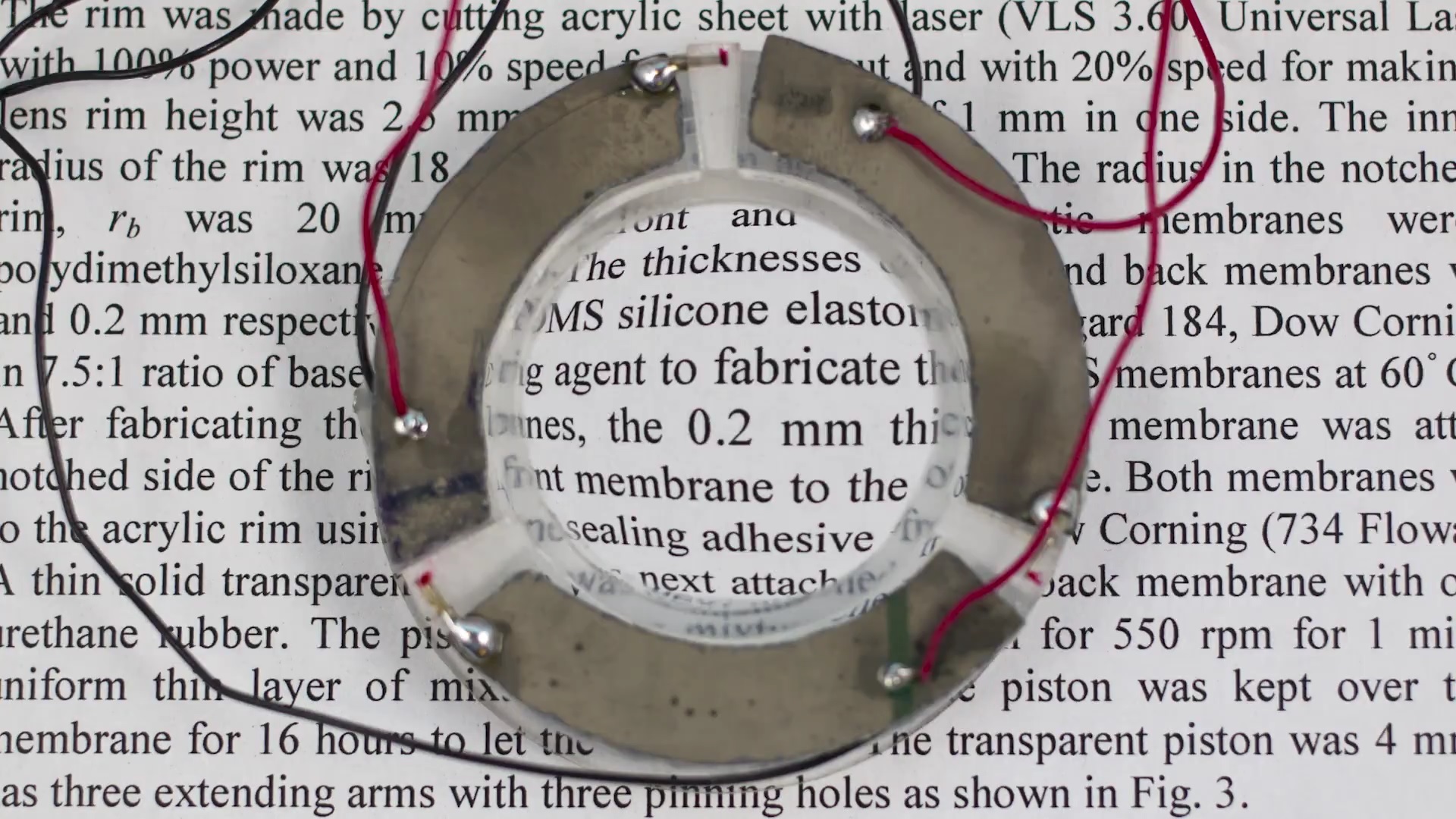 Imagine glasses that could bring everything into focus, shifting prescriptions from near to farsighted and back again in moments. It’s not possible with today’s glass lenses, but a breakthrough in what are called liquid lenses could make smart glasses that do exactly that. They could put an end to bifocals, and you’d only ever need that one pair of adjustable spectacles for the rest of your life.

Researchers at the University of Utah produced a prototype pair of these glasses by using flexible lenses and piezoelectric pistons. For users who are both nearsighted and farsighted, the lens’ curvature is gradually shifted between optical powers by the pistons. As the lenses change they can bring into focus any point along the way. This is possible because the lenses aren’t made of rigid materials, as they would be in traditional glasses. Instead, two flexible membranes encase glycerol, a highly refractive liquid, to comprise each lens. The lenses stretch and become more convex as transparent pistons push them forward, and more concave as the pistons move back.

To adapt to an individual’s particular vision, the glasses require two pieces of information. One is the prescription, which the user enters into a mobile app. The other is the distance to the desired focal point, which is measured by a sensor in the center of the frames. A microcontroller in one stem of the glasses stores the prescription information and receives the distance measure from the sensor. It plugs those numbers into a specialized algorithm, which in turn determines how much voltage to apply to the piezoelectric pistons to achieve the desired curvature.

The glasses, whose battery is stored in one stem of the frame, work for up to six hours before you have to recharge them. Now that they have a functioning prototype, the researchers hope to integrate eye-tracking technology, which could provide even more precise focus adjustments.

With its thick stems and wide frames, the laser-cut acrylic prototype may seem a bit clunky. But for now, function is more important than form. Still, someday soon the researchers may shift their focus to streamlining the design and sending customizable glasses to a store near you. [READ MORE]