Apple Announces Tools to Help You Put Your Phone Down 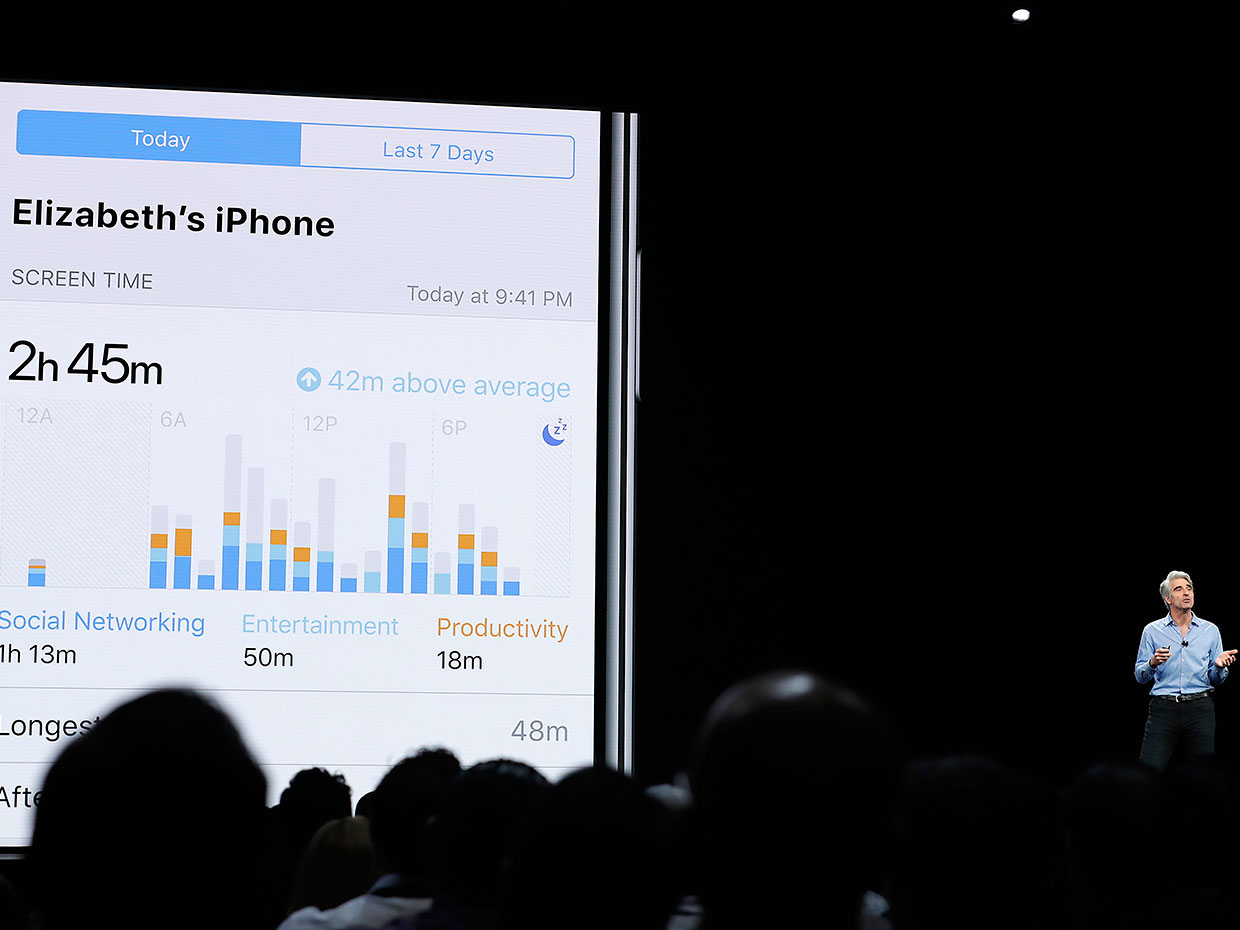 Will Apple’s anti-addiction features unveiled at WWDC 2018 change our relationship with our phones?

We’ve all been there: You’re out with friends for dinner and everyone has finished their entrees and placed orders for coffee and dessert. The conversation seems to fade along with the food and, almost simultaneously, everyone suddenly realizes they have to give their phone a quick peek—any text messages? And as long as it’s in their hands, maybe a glance at email or Facebook. The scrolling goes on until the coffee arrives.

Every time this happens, I feel like sneezing, because it reminds me of the era in which the end of a meal had at least a few people at a table reaching for a pack of cigarettes and a lighter.

It’s not that people didn’t recognize early on that phones don’t belong at the dinner table. Five or six years ago, Silicon Valley VCs and entrepreneurs were seen, on occasion, playing the so-called Phone Stacking Game. At lunches and dinners out with a group, attendees would stack their phones in the center of the table—first person to touch their phone pays the bill. It didn’t catch on widely, and eventually faded away—I’m guessing because it was just too painful for people to sit at a meal, staring at their phone without being able to touch it.

Today, Apple announced a set of tools designed to help people break phone addiction. If that’s even possible at this point (the jury is still out), Apple’s approach is smart. It turns putting down the phone—or avoiding certain apps and behaviors—into a competition with yourself. In the same way that Fitbit and its brethren got us taking an extra walk or two around the block to make our step goals, Apple’s addiction-fighting tools could just motivate real behavior change. (Apple, of course, is quite confident we’ll never give up our smartphones altogether, and that helping us to use them less won’t hurt sales at all.)

Do Not Disturb: I already use Apple’s Do Not Disturb function at night; it’s an easy swipe up that silences all alerts, but will allow calls made repeatedly and quickly from the same number through. Right now, notifications are silent, but pile up on your lock screen. The new version of Do Not Disturb will suppress those lock screen messages until you enable them, so if you grab your phone during the night, you won’t see them and, as Federighi put it, “get spun up.” The new Do Not Disturb includes timing and geofencing features, so you can set it for an hour, say, or until you leave a certain location. (At this point, the screen in the presentation showed a parent at a park ignoring a child. Enough said.)

Notifications: An update to notifications will allow people to modify notification settings from the lock screen. In other words, at the exact moment when you’re thinking “Why on earth am I getting these stupid alerts?”—you can permanently turn off those alerts.

Screen Time: Here’s where the addiction controls get serious. Your phone will give you a weekly report of how you are using your device, including how much time you spend in various apps, what apps send the most notifications, and how often you pick up your phone, much like a fitness tracker’s weekly report. If you think you’re overusing the phone or particular apps, you will be able to set limits, as you use the app, you’ll be alerted as to how much time you have left. When the time is up, you won’t be able to get back to the app without jumping through hoops. I think this is going to be a real wake-up call for many of us. And yes, I intend to use it—I do feel that I pick up my phone way too much.

Parental controls: This feature is Screen Time on steroids—parents will be able to get activity reports detailing their children’s phone use, and will be able to create allowances, for overall screen time and for individual apps or categories of apps. A burst of applause followed this announcement—I know my efforts to control screen time with the practically nonexistent tools of the past were pretty much useless. If I still had young kids, I’d be cheering for this one, too.

A version of this post appears in the July 2018 print magazine as “Addicted to Your Smartphone? Welcome to Apple Rehab.”