Flying Dragon Robot Transforms Itself to Squeeze Through Gaps 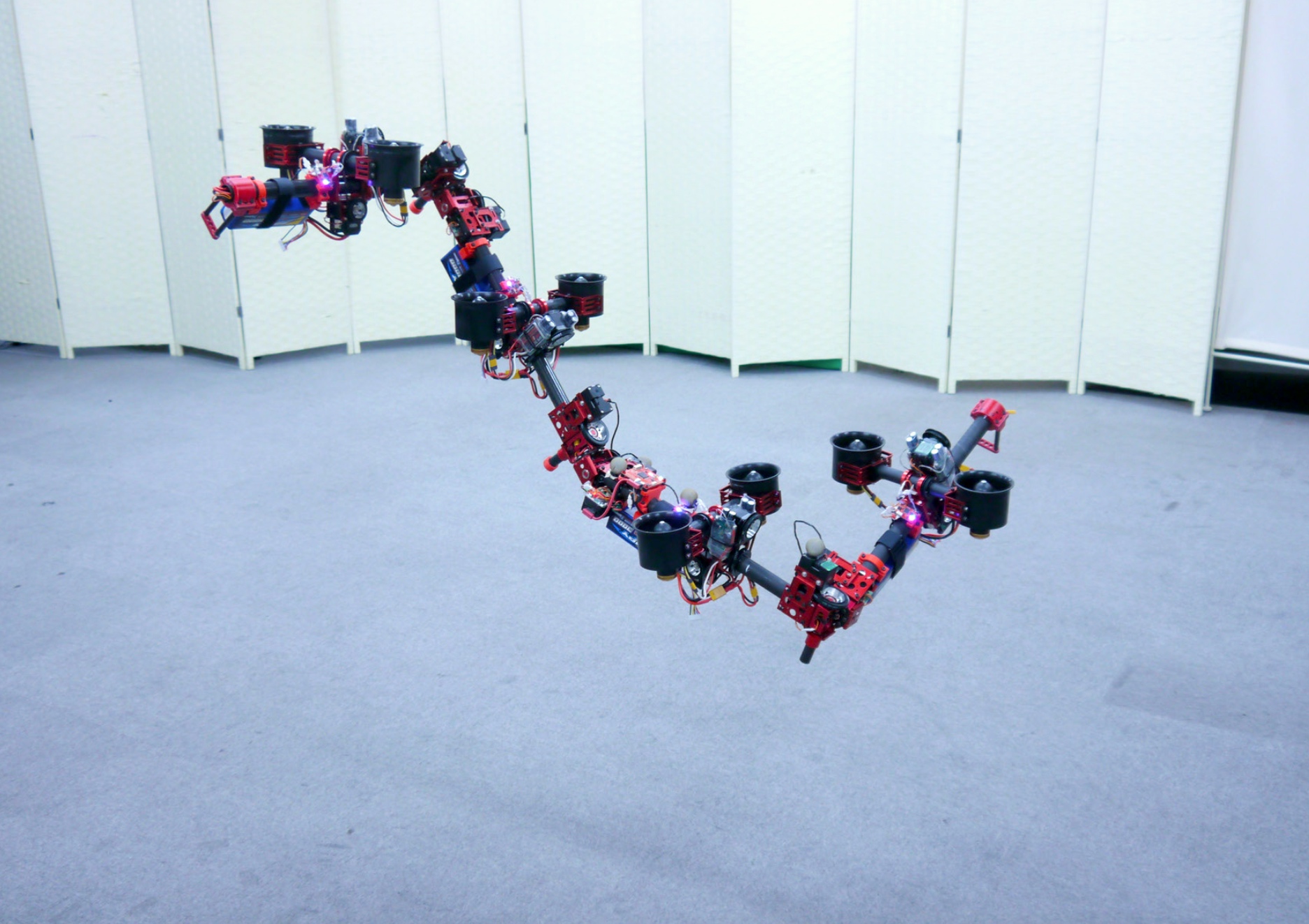 There’s been a lot of recent focus on applications for aerial robots, and one of the areas with the most potential is indoors. The thing about indoors is that by definition you have to go through doors to get there, and once you’re inside, there are all kinds of things that are horribly dangerous to aerial robots, like more doors, walls, windows, people, furniture, hanging plants, lampshades, and other aerial robots, inevitably followed by still more doors.

One solution is to make your robots super small, so that they can fit through small openings without running into something fragile and expensive, but then you’re stuck with small robots that can’t do a whole heck of a lot. Another solution is to put your robots in protective cages, but then you’re stuck with robots that can’t as easily interact with their environment, even if they want to. Ideally, you’d want a robot that doesn’t need that level of protection, that’s somehow large and powerful but also small and nimble at the same time.

At JSK Lab at the University of Tokyo, roboticists have developed a robot called DRAGON, which (obviously) stands for for “Dual-rotor embedded multilink Robot with the Ability of multi-deGree-of-freedom aerial transformatiON.” It’s a modular flying robot powered by ducted fans that can transform literally on the fly, from a square to a snake to anything in between, allowing it to stretch out to pass through small holes and then make whatever other shape you want once it’s on the other side. [READ MORE]